Your University Is Too Small 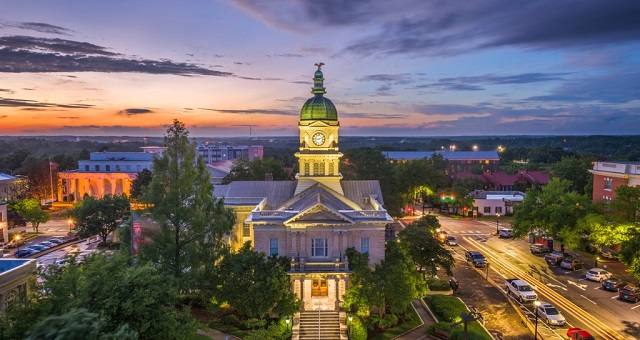 It is quite possible that the three largest explosions you can create occur if you drop an atomic bomb, set off a hydrogen bomb, or utter the words “students are customers” in the presence of a college professor. Students aren’t really their professors’ customers, of course, and there are plenty of reasons why applying a business model to colleges and universities never works. Still, there has to be some reason why legislators, trustees, and even some parents keep this idea alive. Often, there tends to be the idea that institutions of higher education should pay more attention to the bottom line and stop running sections of courses that only enroll a handful of students—unless, of course, the speaker’s own son or daughter happens to want that particular course. Lately, however, it has seemed to me as though academic leaders can indeed learn a few lessons from business, at least from certain types of businesses that interact with their customers (college professors, please pardon the term) in particular ways.

The context for these thoughts is the following: In works like Clayton Christensen and Henry Eyring’s The Innovative University (2011), Kevin Carey’s The End of College (2015), and Ryan Craig’s College Disrupted (2015), the argument is made that an increasing number of potential students simply don’t need a traditional college education anymore. The availability of college-level material on the Internet and through other sources like The Teaching Company and Rosetta Stone has proven to be a disruptive innovation. In other words, rather than merely improving on an existing “product,” universal access to information has the potential to replace universities, much as calculators replaced slide rules and MP3s replaced analog recordings. Students can learn what they want when they want, and the “graduate” of tomorrow will approach an employer with certification that he or she is competent in a certain set of skills, not with a traditional college diploma.

All of that is exciting to many people, and there probably will be an important role for skills certification to provide credentials to those seeking employment in many fields. But this entire argument leaves many academic leaders wondering: Is getting a job the only reason to go to college? Is acquiring knowledge and skills an ambitious-enough goal? Don’t people still gain much from being in a classroom, studio, or lab with individuals who approach issues from very different perspectives? Isn’t face-to-face communication still a desirable attribute even in a world of electronic communication?

The response is, at times, that all those things are perfectly wonderful for those who can afford such luxuries, but most potential college students don’t meet that profile. They’re still often first-generation college students, more interested in getting a job (and quickly paying off their student loans) than studying great ideas or undergoing personal transformation. The traditional college “product,” these critics say, is fine; it’s just the wrong product for most people today.

Certainly the argument about what college is for isn’t new. The debate between the classics and modern languages, between career-oriented universities and research-oriented universities is older than the Morrill Acts of 1862 and 1890, which established the American land-grant universities. Societies will probably still be arguing about that one at the start of the next millennium. But there’s another question behind this debate that I believe academic leaders can find more fruitful and that may guide us in how we need to direct our planning for the future: Why has it always been the case that, even though private colleges often cost six times or more to attend than public universities, a sizable portion of students will choose to attend them? For Ivy League institutions, the answer often is that the prestige of a degree from one of those schools opens doors for people and provides them with a network of contacts they couldn’t develop elsewhere. But not every private college with high tuition has an Ivy League reputation. And while many of them continually scramble for new students, there are always enough of them that survive for us to ask: What do students hope to gain there that they wouldn’t obtain at a much lower cost from a community college or state university?

Critics will say, of course, that the students who attend such colleges are making pure economic decisions. They may never recoup their investment in their education due to the disconnect between the high cost of tuition and the likely earning power their degrees will bring them. But that very answer indicates where the miscommunication occurs: It is one thing to see a college degree as a financial investment (“buy low, sell high”), but another thing entirely to see it as an investment in quality of life. In other words, people don’t buy a ticket to the Metropolitan Opera rather than to a discount movie house because they see it as a wiser economic investment. They don’t buy a BMW instead of a Ford Fiesta because they believe its value will appreciate. They don’t stay at the Four Seasons instead of Motel 6 because they think they’ll get more cash back. And they don’t shop at Nordstrom rather than Walmart because they expect the prices will be lower.

They do it because they expect the experience will be worth it.

Consider the arguments students often make when challenged about why they’d prefer paying more to attend an undistinguished private college to saving money while attending an elite public university. “My classes will be smaller at a private college. I won’t be just a number. My professors will know me by name. I’ll have more interaction in the classroom. I’ll be challenged to do better because I won’t be anonymous.” These are the types of arguments we as academic leaders need to be making when people say that Google, iTunes University, and MOOCs have rendered the traditional university obsolete. You can get information and develop skills from those other sources. You can often even receive a credential that will document your expertise to an employer. But you won’t have an experience that will be truly transformational. You’ll become a slightly better version of who you are right now; you won’t discover all the “yous” you have the potential of being.

We make a mistake when we find ourselves sucked into the rhetoric of college education’s financial return on investment. Investing in college isn’t like investing in a stock; it’s like investing in a library. It’s not about getting your money back (and more); it’s about making you and the rest of the world better. In the mid-1940s, the English clergyman J.B. Philips published a book he titled Your God Is Too Small (1945), arguing that many of the dogmas people spout confidently as being revealed truth actually cause unnecessary rifts and misunderstandings instead of providing valuable insight. Philips’ idea was that when people characterize the divine being as a heavenly policeman, substitute parent, or grand old man in the sky, they distort a very complex issue in their attempts to simplify it. As a result, people who often have very similar goals end up believing they’re on opposite sides of an issue because, like the fable of the blind people trying to describe an elephant, they focus on only one small part of a larger whole, not realizing how very complex what they’re experiencing actually is.

That should be our answer to anyone who tries to oversimplify what higher education can do in people’s lives when they claim that college is all about getting a job or all about a financial return on investment or all about developing marketable skills: Your university is too small. Of course, it can be about any of those things, but it can also be about a great deal more. We merely need to see its potential for what it actually is, not the small corner that constitutes what we wish it were instead.