The Power of Predictive Analytics for Student Retention 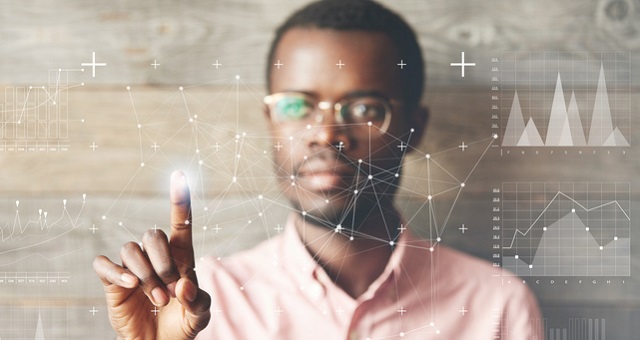 What if you could use data you already collect to identify which entering students are most at risk of leaving your institution, allowing you to target the most appropriate student retention services to populations that need them? This is exactly what Eastern Connecticut State University is doing.

Rhona Free, Eastern’s vice president of academic affairs, explains that the university’s retention program allows it to “use data that most people already have” to determine why students are leaving campus, and perhaps higher education altogether, and take preventive steps.

Free explains that the program started with an effort to look at data gathered over the past six or seven years and find the variables that correlate most highly with the tendency to drop out of the university. The variables that were most significant include several that were expected, such as first-generation status, minority status, and Pell eligibility. A relatively unexpected variable was residing west of the Connecticut River. Free says that such a student faces either a long commute to school or the need to rent an apartment nearer to campus, increasing the expense of attending the university.

The university then looked at the outcomes of the students who did not persist. Thirty-one percent of three cohorts of incoming students studied did not persist over a two-year period. Eastern divided this group between those who did not succeed academically and those who transferred to other institutions. Some 22 percent of the students transferred; 90 percent of this group had a GPA greater than 2.0, suggesting that that poor academic performance was not a large problem. Overall, only 8 percent dropped out, and even among this group, half had a GPA greater than 2.0.

The data suggested that offering more intensive academic support services, such as additional tutoring, would have been useful only for a small segment of those students who did not persist at Eastern. “Some will not stay because they’re not succeeding academically,” says Free, but she notes that for some students “we’re serving as a really good launch pad.”

By assigning the students to different TACs, the university can direct the most resources to those at highest risk. For example, students in TAC 1 receive targeted tutoring, intrusive advising, and engagement services. Free notes, “We assigned one person to be very intrusive with them; they get a call in the morning to remind them they have class.”

This careful targeting of the TAC 1 students allows the university to direct resources to those who would pose the biggest loss both to the university and to society should they drop out. “From our perspective, [a transfer] is still a loss, but from society’s, TAC 1 is the biggest loss,” Free says. She notes that retention of the TAC 1 cohort has increased 17 percent since starting the TAC system.

As the semester progresses, the university gathers information about student behavior and uses it to alter students’ TAC classifications as needed. “We use information we glean from their behavior without them having to tell us anything,” Free says.

Students’ TAC assignments might also change based on first-semester grades, faculty reports of poor attendance, or other concerns.

Even though those students who transfer may not be as big a loss to society as those who drop out entirely (and, indeed, may be transferring out to institutions that are a better fit), they still pose a loss to Eastern. For this group, Free explains, the university attempts to address not academic performance but engagement with the institution. Examples include “engaging them with clubs and activities” and encouraging relationships with faculty members early in the students’ programs of study.

The university is also attempting to open to first-semester students the kinds of exciting academic options previously dedicated only to upper-division students. This includes ensuring that all students get to take a course in their major in their first semester as well as opening up “high-impact activities” such as participation in learning communities and undergraduate research.

The university estimates that retention will rise by 2 percentage points—from 76 percent to 78 percent—for the Fall 2011 first-time full-time cohort and will continue to improve by 2 percentage points annually for up to five years as the model is refined. It is a great potential result for a program that uses the predictive power of data that Eastern—and most institutions—already collect.

Jennifer Patterson Lorenzetti is the managing editor of Academic Leader and the chair of the Leadership in Higher Education Conference. She is the owner of Hilltop Communications (hilltopcommunications.net).