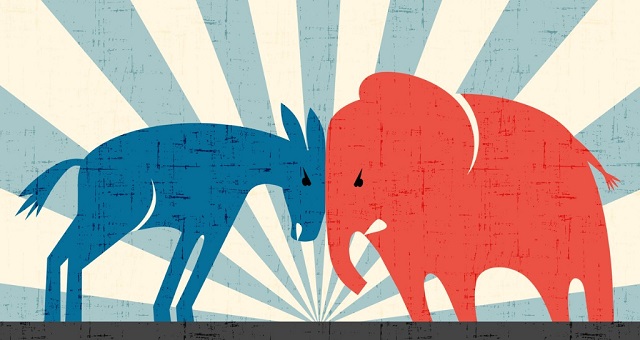 This is the first year that the Gallup poll has included political affiliation in its survey, so there is less historic data than one might desire. However, taken together, the two surveys point out differences in attitudes that can be either a problem for higher education to confront or an opportunity to steer the conversation.

Growing distrust over politicization and cost

The importance of this finding is not just the marked disparity in distrust but the reasons cited for the feeling. Among Republicans who reported distrust, the reasoning ran toward belief that institutions have a political agenda. The top reasons were that the institutions are too liberal or political (32 percent), that the institutions push their own agendas rather than allowing students to speak for themselves (21 percent), and that students are not properly educated (13 percent).

Among Democrats who reported distrust, reasons related to economics and efficiency. The top reason for distrust was that education was too expensive (36 percent), followed distantly by poor leadership/too much corporate interest/other bad policies (14 percent), and overall decline in quality (11 percent).

Even more interesting, a recent Pew Research Center study shows that the trust level of major institutions in this country divides dramatically between Democrats and Republicans. Some 58 percent of Republicans say colleges and universities have a negative effect on this country, compared with 19 percent of Democrats. Higher education fared worse than any other institution but the national news media, which was distrusted by 85 percent of Republicans and 46 percent of Democrats. These findings have attracted attention because the change in confidence in higher education by Republicans abruptly reversed its course from a primarily positive position in 2015.

Interestingly, among both Democrats and Republicans, reasons for high levels of confidence were much the same across party lines. The top two reasons reported among both groups were personal experience with colleges and the belief that higher education is essential to the country. Democrats also added the belief that colleges are doing a good job, while Republicans reported a belief that a degree is necessary to get a better job.

What does this mean?

Where perceptions of higher education suffer are in areas that are topics of media coverage and public discussion. It is easy to conjecture why Republicans might hold the feelings of distrust they do. In the past two academic years, the news has been filled with stories of conservative speakers invited to campus only to have their invitations revoked or to be greeted with increasingly violent protests. The fact that many of these speakers are professional provocateurs rather than academics may not be clear to many who do not regularly follow higher education news. Other higher education policies, like trigger warnings in syllabi, may be logical to those in the academy but are often portrayed without context or nuance to the nonacademic public.

But the most dramatic finding, the reversal of confidence uncovered by the Pew survey, may reveal a way for higher education to communicate with Republican families and students. Because this population distrusts the national media but trusts their own experience, it may be time to spend less effort on traditional public relations campaigns and focus more on getting families to come to campus, sit in classrooms, and hear nuanced discussions from a variety of perspectives. After all, this is an area in which higher education should excel, so it should be fairly straightforward for institutions to show a respectful, supportive environment that provides both challenge and support.

Distrust among Democrats, to the extent that it exists, is also easy to understand. College costs for students have escalated over the past two decades as state support has declined, and an amenities arms race has begun in an effort to attract students. Additionally, worry about quality of leadership and consequent worry about educational outcomes are legitimate concerns at all levels of education.

Again, this distrust can be combated not through media campaigns (which Democrats also distrust, although not to the level of Republicans), but through direct conversations. Institutions of higher education have data on return on investment (ROI) in terms of entry-level employment, lifetime earnings, and typical career trajectories of graduates. Longitudinal data are typically beneficial for liberal arts institutions, which often find that while their graduates may have a somewhat slower start than those with technical degrees, they often outearn their technical counterparts by mid-career. Explaining relationships with businesses, highlighting the opportunities these provide while explaining the continuing independence of the college or university in determining its educational mission, will likely also be well received.

The bonus to these approaches is that they are not mutually exclusive, nor are they tailored to one political perspective or another. Both Democrats and Republicans are concerned about ROI, employability, and room for political debate. Although there is clearly a place to communicate these values through traditional media as well as newer forms like social media, the big lesson may be that students and families crave personal experiences on which to form their opinions.

Jennifer Patterson Lorenzetti is the editor of Academic Leader and the chair of the Leadership in Higher Education Conference. She is the owner of Hilltop Communications (www.hilltopcommunications.net). She is also the author of Lecture is Not Dead: Ten Tips for Delivering Dynamic Lectures in the College Classroom and The Care and Motivation of the Adjunct Professor.

Reprinted from “Why Republicans Distrust Higher Education (and What We Can Do about It)” in Academic Leader 33.10(2017)4,5 © Magna Publications. All rights reserved.