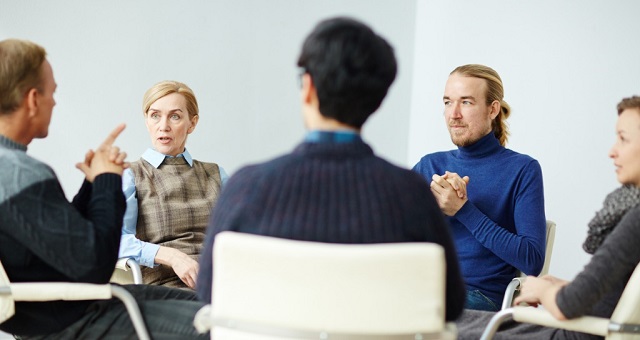 At a recent meeting with fellow community college administrators, I found myself increasingly bothered by the repeated invocation of a certain term: faculty buy-in. At this particular meeting, the term was included as part of some well-intentioned advice (“If you want this program to succeed at your campus, you absolutely need faculty buy-in.”), as a means to highlight a successful venture (“I was pleased at how quickly we were able to secure faculty buy-in.”), and as a way to underscore the potential pitfalls of moving the college in a certain direction (“Without faculty buy-in, this initiative is doomed to fail.”). Upon reflection, I realized that it was more than just the repetition of the term that bothered me—it was also the actual use of the term itself and what it implies about how faculty members are viewed at many institutions.

The environments of shared governance in which many of us find ourselves are often rooted in the notion that support from different factions at the college is necessary for any major program, initiative, or change to be successful. Garnering support from these factions is typically a time-consuming undertaking, but any seasoned leader will tell you that those who are unwilling to take the requisite time to gather people together and listen to them do so at their own peril.

Yet, why is it that we rarely hear the terms “staff buy-in” or “student buy-in” when engaging in conversations like the one at the meeting I attended? Part of the answer clearly lies in the structure of higher education. The safety net of tenure at most colleges provides faculty members with the freedom to resist any changes that they do not feel align with their opinions of the direction in which the college should be headed. Most staff members do not have any such luxury and, therefore, are unlikely to register their concerns or objections to major or even minor changes. Similarly, many students, who are less vested in the status quo by virtue of their relatively short time at our campuses, are open to changes if they can envision the possible benefits.

When talking about faculty buy-in, it is important to remember one of the oft-repeated truths of higher education, namely that administrations come and go but faculty is forever. It is perfectly reasonable that “forever” employees, some of whom have spent decades at the college, should respond to the idea of being “sold” something that could significantly change their environment. Originally used exclusively as a verb, the term “buy in” dates back to the early 19th century, when it was defined as “to purchase a commission or stock.” In the 20th century the term became more commonly used as a noun and is now defined as “acceptance; acquiescence” by at least one major dictionary. When is the last time any faculty at any college was described as acquiescent? Would any college president want that anyway?

A closer look at current definitions of “buy in” serves to underscore the term’s pejorative connotations. Consider these three examples of sentences that are used after the definition in various dictionaries to illustrate its proper usage:

“Not everyone adheres to the strategy. They hedge. There’s a lack of buy-in.”

“Without buy-in from his troops, Gruden’s just another tuned-out coach.”

“Probably the biggest challenge is to increase teacher buy-in. Some worry that Khan’s methods are too untested.”

Given the context in which the term has developed, it is not surprising that faculty bristle when administrators come seeking their buy-in. However, I believe the problem runs a little deeper than simple word choice and will not be solved by simply avoiding the term or substituting more positive terms, such as “faculty backing” or “faculty support.”

The past decade or so has resulted in a dramatic sea change at most colleges; whether driven by state legislators, regional accreditors, or both, the emphasis on assessment can seem overwhelming, especially to some of the more seasoned faculty members. If the main commodity that is being sold to faculty is assessment, it is little wonder that they are somewhat skeptical about buying in, especially when the goals of assessment are a bit cloudy.

Changing the language we use from buy-in to “support” or “backing” is a good first step. However, the issue with assessment highlights the need for a number of subsequent steps when attempting large-scale change that involves faculty:

Only by beginning to see each other as colleagues working toward a common goal (e.g., the success of our students), not as administration and faculty or buyers and sellers, will institutions of higher education be able to make some of the large-scale changes that current economic and social conditions require.

Reprinted from “What We Talk About When We Talk About ‘Faculty Buy In’” in Academic Leader 32.3(2016)2,5 © Magna Publications. All rights reserved.