Leading throughout the Organizational Life Cycle 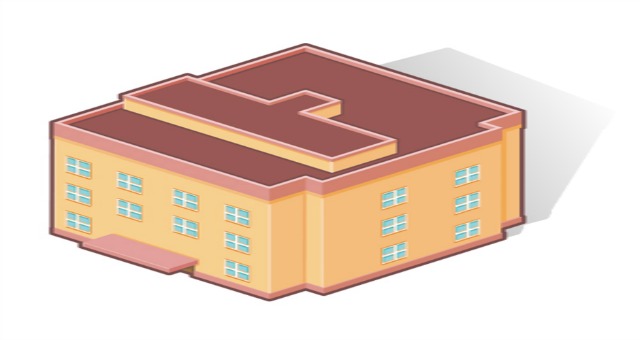 According to organizational life cycle theory, institutions and units within institutions progress through a sequence of stages—inception, growth, maturity, and decline or revitalization. Understanding the challenges specific to each stage can help leaders be more effective.

Although inevitable, progression through these stages can be upsetting to those who are averse to change, but “if you can convince them that this is a natural progression, it may allay their fears or concerns,” says Claire Phillips, dean of instruction at Lone Star College–CyFair.

Progression through these stages can entail cultural changes and sometimes changes in leadership as individual leaders find that their management skills or professional goals are not in sync with the current stage. This was the case at LSC–CyFair, which is rapidly progressing through these stages in its 12-year history.

“Our very dynamic president who started the college and hired the majority of what I call ‘founding faculty’ retired. If you read the handwriting on the wall, one could [have surmised] that it was going to happen once the college was up and running—she had fulfilled her mission,” Phillips says.

Nevertheless, some faculty members were surprised and disappointed by the president’s retirement. After all, many came to the college specifically to be part of a creative and exciting endeavor. “When I [came here from an institution in the maturity stage], it was like a new breath of life. People were excited to be here. They were passionate about the programs they were developing, and they worked long hours,” Phillips says.

The inception stage at the college was characterized by an entrepreneurial spirit. Phillips explains, “We had a mantra when we first started: The only mistake is not making a mistake, not trying. … As a midlevel manager in that situation, I worked long hours and was very action oriented. I would try things all the time and be rewarded for that.

“When you go to the next stage, which is the growth stage, you tend to become more position reliant. As you’re growing, demands dictate that you become more specialized in your management approach. You can’t be everything to everybody. Your leadership has to be more targeted and directive. I had to choose which functions to fulfill within the organization, and, in a sense, management became more professionalized during that time period in order to support the growth,” Phillips says.

Growth has come rapidly at the college, whose student body has expanded from 6,000 to 20,000 students. And as the college now approaches the maturity stage, it may be difficult for some managers and faculty who were previously allowed to make autonomous decisions to understand the shift, Phillips says. In the maturity stage, decisions have become more centralized because the leadership has changed. “These managers were brought in under different marching orders. They didn’t necessarily know the history of our inception and naturally didn’t have a full picture of the original vision, so things began to change fairly dramatically when they arrived,” Phillips says. Also, whenever an organization enters the maturity stage, processes tend to become more formalized, which can stifle creativity. LSC–CyFair is currently evaluating its processes. “The maturity stage presents a real opportunity to evaluate what processes were put in place over the past 10 years and see if we can cut down on the red tape,” Phillips says.

In the past, colleges and universities have been relatively insulated from external environmental factors that can precipitate change; however, the boundaries between higher education in general, and especially community colleges, and their environment are “becoming more permeable,” Phillips says. “We are not as protected from outside influences as we once were. What happens externally now affects us more dramatically.” Although many colleges have stagnated in the maturity stage, Phillips believes that decline is not inevitable. Being attuned to and implementing changes based on these external factors can help avert decline, which is often indicated by warnings such as a decrease in enrollment, mass exodus of employees, or changes in the business climate.

By addressing early indicators of decline, leaders can move the institution toward revitalization. New academic programs can help revitalize an institution. The key, Phillips says, is to take reasonable risks on developing new programs, particularly if they require large investments. Units within an institution can be at different stages of the organizational life cycle, and the new and exciting programs will likely generate a lot of attention and resources. It is also important that leaders continue to pay attention to faculty working within their “cash cow” disciplines and not spend all their time working on new program development.

Ideally, an institution would move through growth to the beginning stages of maturity and back to growth through new program development and revitalization of current programs, Phillips says. The challenge is getting faculty on board with thinking in this business-oriented way. When Phillips introduced the organizational life cycle concept to faculty in her division, although they acknowledged that it makes sense in theory, they tended not to internalize the concept, thinking that these are somebody else’s issues and their discipline had no need to adjust to environmental changes.

“This concept and way of thinking is not a natural fit for somebody who has come up through the ranks in academia. You have to translate the discussion into terms that faculty understand,” Phillips says.