Lessons from an Interim K–12 Principal 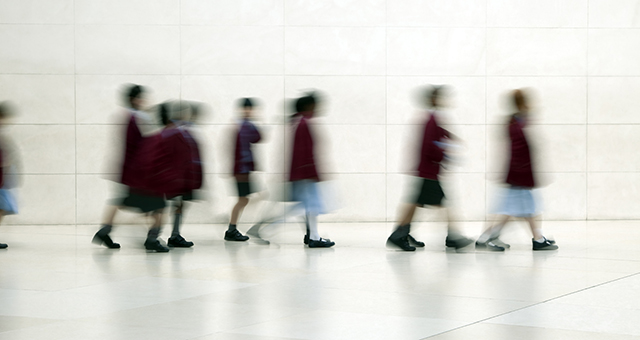 The superintendent of schools called me at 9:00 p.m. on August 13. “Can you come and be an interim principal? My principal left on short notice, and I need an experienced K–12 principal starting in September.” “Are you crazy?” I said. “The fall semester starts August 24th!”

As we talked some more, I became intrigued with the idea of being a principal again. I had served as a principal at that school eight years earlier and greatly enjoyed the work. Moving on from there, I had worked as a superintendent of schools before retiring from school administration and then becoming a professor of educational leadership at Virginia Tech. In addition to enjoying working with students, teachers, and community members, I was an assistant professor of educational leadership, after all. I should be able to do what I profess to my graduate students!
My program leader agreed and said that she would run the idea by our faculty chair. If he agreed, she said that she would promptly work on finding highly competent adjuncts to take my place. He did, and she did. I applied for an unpaid leave of absence, and my request made it through the director of the School of Education, the dean, and finally a vice president.

During the week of August 24, I taught the first three classes of the semester to orient the students and my three replacement professors. I also gave the professors my syllabi for the courses.

On September 3, I was back in the saddle as a K–12 principal. As expected, I had a great time doing highly significant work. There is an old story about two men who were laying bricks when someone asked them what they were doing. The first man said, “I’m laying bricks.” The second man said, “I’m building a church!” Similarly, I didn’t think that I was merely a school principal. I felt like I was changing the lives of students and staff. Over the course of the four and a half months I served as an interim principal, I put in place many practices to help the school run smoothly, implemented safety plans, conducted 50 classroom observations, gave constructive feedback to teachers to improve their craft, mentored a promising prospective administrator, and had dozens of conversations with students to help them to become more self-managed. The superintendent had sufficient time to do a thorough search, and my successor inherited a school that was functioning quite well. Overall, my experience as an interim K–12 principal was extremely positive for me personally and professionally.

The semester went fine for the Virginia Tech students, and my replacement professors all reported much satisfaction with the courses.

Now that I have resumed my role as an assistant professor, I have spent much time reflecting upon my return to being a practicing school administrator and the benefits that could accrue to professors and their universities if such interim or short-term immersions into actual practice were encouraged and taken more often. Here are my thoughts.

Regardless of a professor’s expertise, I expect that staying current in one’s field is critically important. Being immersed as a practitioner outside of a university setting, even occasionally, is a highly effective way of staying current. Stepping back into a practitioner’s role, even on an interim basis, builds great credibility with students. It demonstrates that you can actually do what you profess.

Considerations for professors who are considering returning to practice on an interim basis:

Considerations for administrators regarding whether to grant a leave to professors who are considering returning to practice on an interim basis:

Based upon this experience, I strongly suggest stepping back into one’s field of practice on an interim basis. You will enhance your skills, gain credibility with your students, be a greater asset to your college, and likely have a refreshing, fun time.

Reprinted from “My Return to Practice and Considerations for the Academy” in Academic Leader 32.6(2016)8 © Magna Publications. All rights reserved.