The Two (Organizational) Cultures of the University 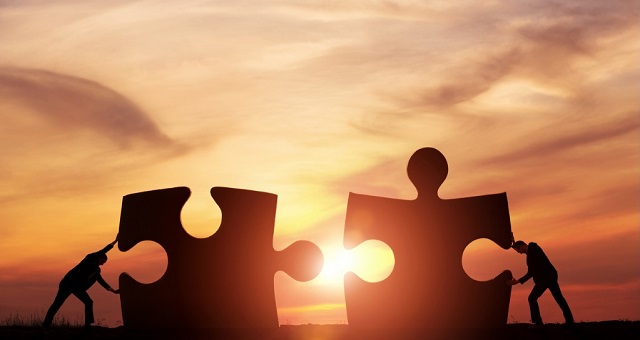 In a now legendary lecture at Cambridge’s Senate House in 1959, C.P. Snow coined the expression “the two cultures” as a way of characterizing what he saw as an increasing rift between science and the humanities in modern academic life. Since Snow’s time, we’ve seen even greater isolation of many disciples that has created the “silo effect” we so often lament as academic leaders. But in addition to this division on the academic side, we also should realize that there are often two other university organizational cultures as well.

In academic affairs we often realize that the organizational charts required by governing boards and accrediting agencies don’t reflect the actual culture in which we work. To judge by the policy manual we would believe the standard structure of a college or university is a hierarchy, the single most common form of organizational culture found in human history. The structure of hierarchies explains the way in which social classes were organized in an ancient Sumerian city-state, and the way in which employees report to supervisors in a modern industrial conglomerate. In a standard hierarchy, power rises as you move up the social pyramid; numbers of people rise as you move down it.

When we design organizational charts for our institutions, we try to pretend that we, too, work in a hierarchy: faculty members report to a chair who reports to a dean who reports to a provost who reports to a president. But little in academic life actually functions that way. For example, curricular matters are not initiated by the president and interpreted or enforced at each subsequent level; they start?and in many cases end?with the faculty. Presidents or governing boards may have the final word in promotion and tenure decisions, but those processes usually move from the bottom of the social pyramid up, not from the top down.

So if hierarchies only partially and imperfectly explain the organizational culture of academic life, what structure do we often have? The answer is that universities are organized not according to a single organizational model but to three partially overlapping models.

That complexity helps explain why it can be so difficult to produce change at a college or university. In a hierarchy, the person at the top of the social pyramid can make a decision and drive the change through all lower levels of the structure. But the combination of matrix, decentralized, and distributed organizations that we find on the academic side of higher education complicates that process tremendously. Anytime power is shared, it can be difficult to take an action until a consensus is reached or a majority vote is taken.

It should be noted, however, that while the organizational models we have considered apply to the way in which the academic side of the institution operates, when you look at how the division of business affairs operates (and, to some extent, other divisions like student affairs, external affairs, human resources, information technology, and the office of the general counsel), what you find is much more like a hierarchy. The chain of command is usually far more rigid than it is on the academic side, and people with corporate or military backgrounds often find themselves feeling at home working in that environment.

The conclusion to be drawn from this division is that failure to understand these two organizational cultures of universities can easily result in miscommunication and lost opportunities. Those who work on the more hierarchical side of the institution can become frustrated with the academic side’s slow pace of change, the reluctance of supervisors to issue orders for actions to be taken, hesitancy (or even inability) to terminate faculty members who oppose the decisions of administrators, and constant insistence that the academic side be consulted on matters both great and small. Those who work on the academic side may become frustrated by staff they regard as bean counters, pencil pushers, and inflexible rule-followers.

As with so many types of problems, the first step toward a solution is realizing that the problem exists. If faculty members understand that others at the university work within a different organizational culture than they do, they may realize that the various groups at the institution come to the table with different assumptions and perspectives. Most faculty members would never speak contemptuously of someone who was born and raised in another culture simply because that person viewed the world differently than they did and had different values. The two organizational cultures of the university work in much the same way; we need to respect the diversity this brings to our institutions, not be annoyed by it.

As a second step in bridging the gap between the two organizational cultures of the university, we need to take active steps to remove the silos, not merely those that separate one discipline from another but also those that make it more difficult for all of the university’s divisions to work toward the same end. We can help change this situation by moving away from “horizontal” administrative bodies where chairs meet largely only with other chairs, deans with other deans, and vice presidents with other vice presidents and toward more cross-functional teams on which representatives of different university divisions work together to solve common problems or serve common purposes. As with foreign cultures, so it is with institutional cultures: It’s difficult to hate or have contempt for people when you get to know them and see the world through their eyes. We’re nothing more than hypocrites if we expect better behavior from our students than we expect from ourselves.

Reprinted from “The Two (Organizational) Cultures of the University” in Academic Leader 32.4(2016)1,5 © Magna Publications. All rights reserved.