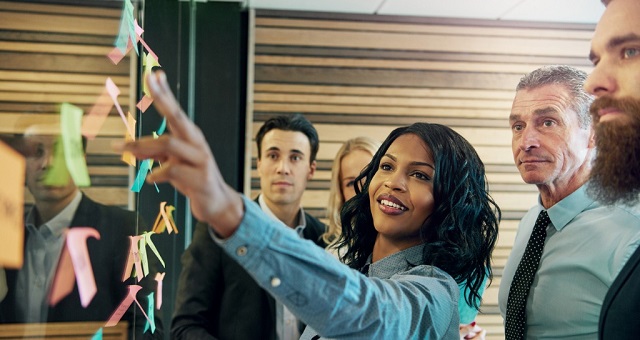 Leadership is not restricted to those in formal leadership positions. Rather, all faculty members in one way or another fill leadership roles and may eventually become formal leaders. Therefore, it’s important for them to develop their leadership abilities. In an interview with Academic Leader, Mariangela Maguire, associate professor of communication and former academic dean at Gustavus Adolphus College, and Laura Behling, associate provost for faculty affairs and interdisciplinary programs at Butler University, discussed how to ensure that faculty get the leadership development they need.

There are several issues that make faculty leadership development challenging at many institutions:

Not every faculty member will have a natural inclination toward being a leader. Some have the charisma and the innate ability to understand without formal preparation how to lead. Others can develop these abilities, and some will eschew any formal leadership position. “That’s OK as long as we understand that if you’re in a group, you have the ability to improve the group process and help the group move toward its goals,” Maguire says.

“It’s not just about the leaders. It’s about the different roles that individuals bring to the group. Are you the person who summarizes a good idea? Are you the person who raises the critical questions? All are roles that well-trained academics play very well. We just don’t necessarily see how it functions in a group atmosphere and really make a difference,” Maguire says.

Leadership development programs tend to focus on developing leaders in formal positions, not on daily leadership engagement issues such as managing people, identifying a group’s mission, conducting meetings effectively, and moving things through the faculty governance process in a timely and appropriate manner—skills that are relevant to formal and informal leaders, Behling says.

Behling and Maguire have found that a “stealth” approach to leadership has worked well at Gustavus. For example, the John S. Kendall Center for Engagement has served as a center for improving teaching, and by necessity it has also provided a setting for leadership development. “One of the things we realized was that we needed to start broadening the reach of the center so it could provide different kinds of activities or opportunities for faculty, but to put that all under one director was overwhelming and wasn’t going to get us the kind of buy-in we wanted across campus,” says Behling, the former director of the center. “The more people we could get involved and interested, the more energy the center would have.”

The solution was to select faculty who would be responsible for one piece of faculty development—for example, one faculty member would oversee an undergraduate research program, while another would oversee new faculty orientation and mentoring.

“We started to have regular conversations with those faculty associates and the director so they could learn what everybody else was doing. We worked with them on administrative and logistical issues that a faculty member may have no idea about—really trying to provide as much support as possible but not to overwhelm them with becoming director of a teaching and learning center all at once. The hope is that one or more of those faculty associates will over time become the director and take on larger and larger responsibilities on campus,” Behling says.

“What I noticed very quickly in my first year as an academic dean is that a lot of department chairs and committee chairs in particular just wanted to know about how to work with other people. They were stymied and frustrated by it. It’s an interesting and unique position if you think about it. At many places, department chairs rotate and committee chairs rotate, so here’s the person who now has a different kind of responsibility and relationship with colleagues, but that’s going to end, and that person is going to have to go back and be a peer again instead of being a first among equals. And I think it sort of does a number on people’s heads. I think it’s very hard to figure out how to maintain relationships and lead at the same time.

“I took on a coaching function with them and found that they often came to me not so much to share information but to work through processes: How do we move a decision forward in that committee? How do I work with a particularly difficult colleague?” Maguire says. “That garners an awful lot of trust. We do perceive faculty and administrators as having a naturally antagonistic relationship. They had to be able to trust that I didn’t think they were incompetent if they were struggling with an issue. It was really helpful to be able to say, ‘I see the bigger picture, and I know how a colleague in another department dealt with it.’”

Maguire met with chairs once a month to share information, but she noticed that they really needed to talk to each other about how to handle group processes. During these meetings, chairs developed mentoring relationships, relying on each other to address issues they had in common. “Instead of having to put a formal thing into place, by simply giving them the opportunity to talk to each other about challenges they were facing, they found each other and found ways to connect,” Maguire says.

“I think peer-to-peer informal mentoring is incredibly valuable. It’s one thing if the dean or provost says, ‘Here’s how you should handle a situation.’ It’s another thing if you can actually talk to a colleague from another department,” Behling says. “That informal piece should not be undersold. It’s one of the things we’re doing to develop leadership skills in addition to making sure the paperwork gets done.”

Reach out to senior faculty. “When asking for volunteers, we tend to go to the usual suspects. For instance, we have a mentoring program for our incoming tenure-line faculty. It had been going on for several years, and it was OK but not terribly dynamic. When I became academic dean, I realized that there were a lot of senior-level faculty who we assumed were disengaged, and we didn’t ask them to be mentors. So we changed that. It changed their perception because we were saying to them, ‘Remember, you are a senior faculty member, and you have an awful lot to offer incoming faculty. You’re the history of the institution. You’re going to help them understand the culture of this place.’ That, I think, was a powerful change that we made. Of course, you have to be careful—there are always difficult people you don’t particularly want mentoring your new faculty. But there are a lot of people who maybe don’t know that they’re valued any longer, and I think it’s important to reach out to them,” Maguire says.