Maintaining a State of Readiness for Sudden Transition to Deanship 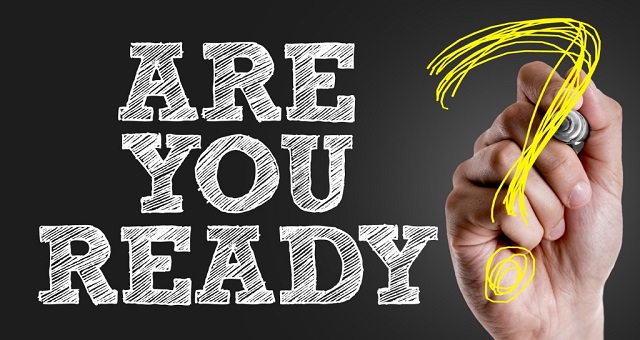 Many deans enjoy long, productive careers that terminate with retirement. In some cases, deans may make a voluntary strategic career move to a larger institution as a step in a grand plan to move to the highest levels of administration. In cases of impending retirement or an announced move, time may be available to groom a temporary or permanent replacement or conduct an external search. However, in other cases deans may have shorter tenures and their departure may be sudden and unexpected.

The span of a dean’s employment is frequently between four and five years. The rigors and routine of the office can precipitate illness or redirect careers in new directions. The reasons for a sudden exit may be complex and may not be publicly known. Some of the factors contributing to the departure of a dean include budgetary constraints, lack of faculty confidence, new policies, ethics violations, legal issues, mismanagement, and incompatibility with the provost and/or president. Deans may be promoted, seek an alternative internal position, seek employment elsewhere, be asked to resign, return to the classroom, be terminated, retire, or die.

Whatever the reason for sudden vacancy of a dean’s position, a void is left that cannot remain unfilled. Lines of communication must remain open, and the rapid positioning of an advocate for the unit is essential. Budgetary matters, curriculum action, promotion and tenure, scheduling, staffing, research development, and ongoing construction require immediate attention.

Garnering skill sets and preparing to serve
If it is too late in the year to initiate a dean search or if a suitable candidate is not available locally, the provost may, with a moment’s notice, turn to a capable administrator to serve as interim dean if he or she is sufficiently trained, is in a position to maintain stability while a search occurs, and has the confidence of the higher administration. Frequently the person who most closely conforms to these requirements is the associate or assistant dean. An associate dean not only has an opportunity to learn the many duties performed in that role but is also privy to information and exposed to an environment that allows insight into the duties of the dean.

Learning about the role is made easier when the dean is willing to train and brief the associate dean. In many institutions some degree of training is necessary for the associate dean, since he or she may serve as acting dean in the event the dean is absent or ill. Workshops or training courses in leadership development, administration, service, and conflict resolution are available either at the home institution or at national meetings to improve the associate dean’s state of preparedness to accept a greater role of responsibility if one should present itself.

A willingness and interest to learn about the duties of the dean may be based on the desire to see the college office function well, aspirations for higher administrative roles, and/or concern over the eventuality that at some point the dean may no longer be in the position. A prepared assistant or associate dean will prove to be an invaluable asset to the provost in maintaining stability until a permanent administrator can be hired. A well-prepared individual automatically stations himself or herself for a rapid move into a position of great responsibility if unusual circumstances occur. Part of serving well in a mid-level administrative support role, e.g., associate or assistant dean, is preparing oneself to unexpectedly assume greater responsibility.

Summary and conclusions
Serving in the role of interim dean is not something the author sought. The invitation was a surprise. The year was a pivotal one, in which five faculty positions were filled, start-up funds for research were secured, a building to be occupied jointly with another unit was opened, and many other issues faced the college of science. Success could not have been possible without a cooperative provost; helpful, loyal faculty; and a constant state of readiness to step into the role if necessary developed over five years as associate dean. The process of learning about the positions of those above should never stop. Each day, in a support administrative role, junior administrators have the opportunity and the responsibility to remain in a state of readiness to perform the tasks necessary to allow the educational process to progress smoothly if events transpire rapidly.

Reprinted from “Maintaining a State of Readiness for Sudden Transition to Deanship” in Academic Leader 23.4(2007)6,8 © Magna Publications. All rights reserved.