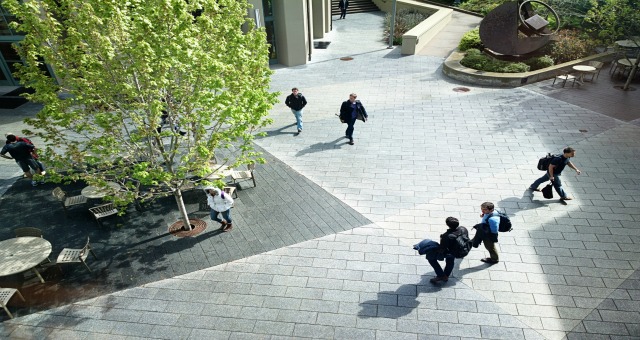 Although all academic leaders face certain administrative challenges, those who work in a multicampus setting have unique opportunities and problems. The sometimes-difficult balancing act of preserving a single identity throughout the entire institution while also allowing each campus to develop its own distinct personality raises issues that administrators at single-campus institutions never have to address. The ability to make everyone feel included in a community that may be spread over hundreds of miles can be critical to an administrator’s success. And the need to appreciate each program and location for its unique value becomes an important responsibility of the academic leader. Having served on both a hub campus and a spoke campus at different institutions, I have learned the hard way just how destructive to morale a mistake in this area can be. The following guidelines are, therefore, lessons drawn from my own experience.

Revise your rhetoric
Certain expressions are perfectly natural for administrators to use, such as “here on campus,” “in the library,” and “across town.” But those expressions sound very different to a faculty member whose assignment is based on a different campus with a different library in a different town.

To students, too, expressions that appear to suggest that they’re at a location that’s somehow of secondary importance can cause them to feel undervalued (and in certain cases make them want to transfer to another institution). Although my own experience has been limited to true hub-and-spoke systems—an original campus that remained the “main” campus, far larger and more complex than the regional or partner campuses it later spawned—even that rhetoric is inappropriate for certain systems and should not be overused in any multicampus setting.

At schools where all the campuses are theoretically equal, referring to one as the “main campus” just because the president or chancellor has an office there does not go down well at other locations. But even in environments where one location is clearly the central base of operations, people don’t like to feel that they’re “off in the provinces” at a “secondary” or “branch” campus. Using rhetoric that seems to imply that certain members of the faculty, staff, and student body have a subordinate status is counterproductive to the sense of unity you hope to establish.

For this reason, it’s a wise policy for academic leaders to replace expressions such as “here on campus” with “all across the university”; “in the library” with “throughout our library system”; and “across town” with a specific reference to whichever town they have in mind. If a flagship campus is located in Capital City with branches in Smallville and Sticksburg, simply refer to them as the Capital City campus, the Smallville campus, and the Sticksburg campus; don’t use expressions that remind people of a real or imagined hierarchy.

When speeches include audiences based in different locations, go out of your way to include references to people, facilities, and events at all locations. Remember, too, that even speeches made on one campus may eventually be seen by people on other campuses if either your own office of communications or someone who just happened to record you on his or her cell phone has posted them online.

Vary your perspective
Seeing matters from the perspective of those at other locations involves more than just the words you choose. It also involves the decisions you make. If you cancel a meeting only an hour before it begins, how does that feel to a person who’s in the middle of a two-hour drive to attend it? If you don’t cancel it, but the meeting is over in 20 minutes, what statement have you just made to the person who invested a total of four hours fighting traffic on the highway for a meeting that lasted only a twelfth of that time? Everyone based on your own campus can merely walk back to his or her office, but the person who drove there has a two-hour drive ahead, which is plenty of time for annoyance to blossom into anger.

The interconnectivity of modern life offers a number of solutions. People with offices on other campuses can remain at their own desks and attend the meeting via Skype, FaceTime, videoconference, or conference call. If you choose one of these options, however, remember to include in the conversation everyone who is participating remotely. If you’re in charge of the meeting, make a special point to refer to remote participants and ask their opinions from time to time. Because their contributions may lag a few seconds because of the time lost in transmission, don’t be offended if they seem to interrupt you. They probably started speaking in what sounded to them like a pause in the discussion that, at your location, had already passed a short time earlier.

Spread your attention
However, although electronic solutions are useful for certain challenges at a multicampus institution, they’re not a panacea. The higher in the administrative hierarchy you are, the more important it becomes that you spend a sufficient amount of time at each location. A pro forma visit every year or even every semester will be seen for exactly what it is: a symbolic attempt to appease the people who work and study on that campus, rather than a genuine effort to include them.

Regular office hours, attendance at faculty meetings or sessions of the student senate, and visits to the offices of administrators based on all campuses can be valuable, not just for their morale, but for you to get a complete understanding of the institution as a whole. Even better, schedule meetings of important committees so they rotate among the various campuses. In that way, not only you but also other key administrators have an opportunity to learn about the entire institution. As staff interact more with people whose work is based on a different campus, the us-versus-them attitude that develops at many multicampus institutions will decrease. You’ll thus have taken positive steps to counteract the “main-campus centrism” that can undermine your academic leadership.