The Wrong Way to Talk about Higher Ed 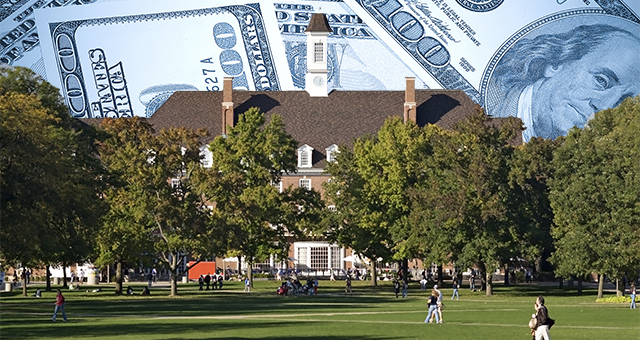 Picture a day when you’ve gathered your faculty together to have a substantive conversation about some pressing issue facing the institution. You explain the situation using terms such as revenue, the business of education, efficiencies, degree production, throughput, and the like. This may seem sensible given that, in part, universities function like businesses. As with our counterparts in the for-profit corporate world, we in education experience the reality of balancing budgets and making tough choices about how to steward limited financial resources.

You say these things sincerely, but faculty hear them as being deeply contrary to their vision of what a university is and does. The room quickly fills with palpable disgust, and productive discussion grinds to a halt.

Many believe that talking to faculty about important institutional issues is simply a matter of word choice—picking the phrases that are most accurate without stepping on any obvious land mines. But the issue goes deeper than mere rhetorical style. According to psycholinguists, the language we use to express ourselves arises from deeper cognitive roots.

In their classic work Metaphors We Live By, linguists George Lakoff and Mark Johnson offer a provocative theory about how these so-called deep metaphors shape not only speech but also thought. Through metaphorical mapping, we transform the unknown into the known, the abstract into the concrete—or at least begin to gain traction in conceptually slippery territory.

There’s nothing inherently wrong with using deep metaphors to grapple with difficult conceptualizations. Rather, the issue is with the choice of metaphor. Closely linked to Lakoff and Johnson’s theory of deep metaphors is cognitive science research on mental processes such as analogy. Analogies help us make sense of complex situations and novel problems, but like deep metaphors, they can bias us to think in certain ways about those situations.

Cognitive research also suggests that we are particularly likely to reach for analogies in times of high uncertainty. Given all the unknowns about where higher education is going, we can expect that analogy will only become more frequent as a feature of academic discourse—so even more, it’s important that we select the right ones. As Michael Sandel argues in What Money Can’t Buy: The Moral Limits of Markets, we have drifted in an unreflective way from having a market economy into being a market society, where all activities are commoditized. Universities can and should provide a counterforce to marketization, promoting a free space of shared social good and commonwealth that has eroded elsewhere in society. This is the mission that faculty signed on for, and this is the mission that needs to resonate in our communications.

We need to talk about universities as entities of value unto themselves, not as pale metaphorical versions of the corporate world. So how do we speak more directly and effectively, drawing power from our shared values as academics?

The future of higher education will be led by those who can rally constituents to a common cause. One needs to repeatedly, and authentically, invoke the common values of the institution in order to be heard. Don’t let your message be undermined by a metaphor—the university as a business—that should have died a long time ago.

Blase Scarnati is the director of First and Second Year Learning, co-director of the First Year Learning Initiative, and associate professor of musicology at Northern Arizona University. You can reach him at Blase.Scarnati@nau.edu.

Michelle Miller is co-director of the First Year Learning Initiative and professor of psychology at Northern Arizona University. You can reach her at Michelle.Miller@nau.edu.

Reprinted from “Death of a Metaphor: Why You Should Never Talk to Faculty as if a University Is a Business” Academic Leader 29,12 (2013) 1,6