Financial Leadership from a Medieval Point of View 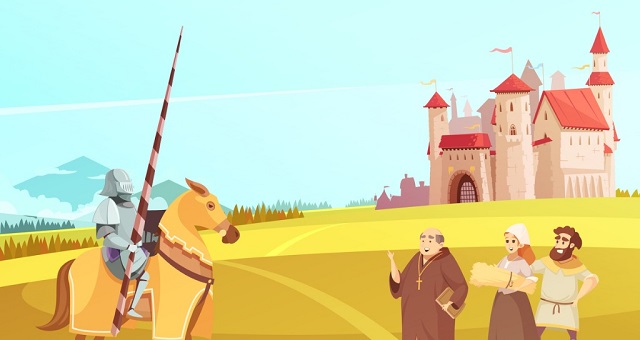 Universities can be subtle keepers of tradition. For instance, one of the first university endowments was created from feelings of being “unjustly vexed” and “enormously damnified.” It was in 1260 that John Balliol apparently caused these ill feelings by somehow offending the lord of an English castle. To make amends, John presented himself at the Durham Abbey, was publicly scourged by the bishop, and pledged perpetual maintenance for poor scholars. The upshot of John’s penance was Balliol College, Oxford. My colleague in institutional advancement liked the idea of public whipping for some donors. He suspected that it might be a useful way to boost the annual fund but doubts whether exacting money in such a way can be called charitable giving. In any case, endowments have been supporting higher education since the beginning. And enormously vexing regulations for resource management followed shortly thereafter. In keeping with tradition, modern institutions of higher education are still required to observe execrable rules that must be navigated by the highest-ranking officers of the college.

Sarbanes and Oxley
At about the same time that Merton and Balliol colleges were founded at Oxford, financial fair play in higher education came into vogue. “What touches all should be approved by all” was a popular slogan that grounded medieval taxation. The same sentiment applies equally well to the spirit of Sarbanes-Oxley or, more properly, the Public Company Accounting Reform and Investor Protection Act. As the technical name implies, this modern legislation is aimed primarily at ensuring integrity in the dealings of publicly traded companies. Yet two features of Sarbanes-Oxley (SOX) that legally obligate not-for-profit institutions are (1) a provision for the protection of employees who report fraud and (2) a document retention system. Just as medieval universities had joint boards of burgesses and scholars to affirm financial dealings, so too SOX urges the creation of an audit committee. The committee is responsible for selecting the auditor, reviewing the audit, and ensuring the effectiveness of internal controls. Savvy senior administrators, both past and present, recognize that such bodies help safeguard against infractions such as unauthorized acquisitions that siphon resources away from other priorities. Plus, disclosure of finances can help to ensure public faith in the institution: a necessary condition for increasing revenues.

UMIFA
Shortly after money to support poor scholars was placed in a chest at St. Frideswide’s monastery in Oxford, “keepers” were appointed to ensure that funds were properly managed according to the wishes of the donors. Modern patrons, unlike their medieval predecessors, usually want a little more care than daily prayers for their souls. Nevertheless, donors still set terms, and there are still rules that protect their interests. The law that governs the way in which a board invests endowed monies is called the Uniform Management of Institutional Funds Act (UMIFA). Although the act varies according to each state, the gist of UMIFA is that a reasonable amount of the money generated by the endowment can be spent provided the wishes of the donors are met. That seems easy enough, but sometimes spending continues even when the value of an endowed fund dips below what a donor originally gave. When an individual endowment fund loses its value, the result can be a shortfall in the endowment distributions. Thus, managers are faced with the decision of whether to cover the shortfall with money from other assets or reduce the operating budget. In the Middle Ages, such reductions meant fewer loans to poor students. In our modern era, it can mean a range of action including fewer staff members. Thus, by understanding UMIFA and its constraints for endowment managers, chief academic officers can work with board committees to help them understand the practical impact of their choices.

Money Talks
Since the start of the modern university, being an academic leader has meant more than mastering the budget. It involves understanding the various sources of money and respecting the processes that can enrich the institutional resources. For instance, in 1257 when the Sorbonne was started, the first class of sixteen students made enrollment revenues easy to calculate. Further, budgeting and accounting functions were readily managed by a few proctors. Yet, if the chancellor of Paris had failed to uphold Robert de Sorbonne’s ban regarding bells on the toes of students’ shoes, it is likely that other important benefactors, including King Louis IX, would not have contributed to the endowment. The timeless truth in the tradition of university finances is that the real value that any bursary has rests in the trust and integrity of its management.

Reprinted from “Financial Leadership from a Medieval Point of View” in Academic Leader 22.4(2006)1,2 © Magna Publications. All rights reserved.