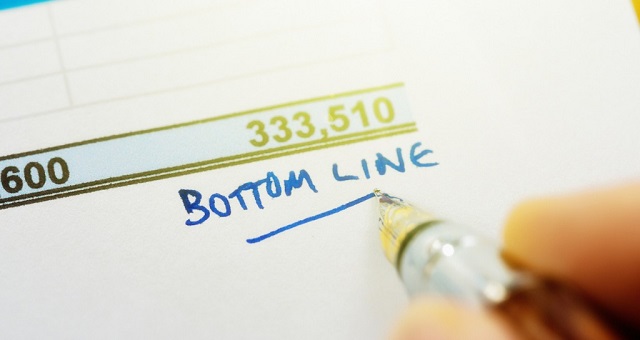 A friend of mine posed a question that I’ve been grappling with: “Why are so many college and university presidents so … bad?” The question caught me off guard since many of the college presidents I meet are hardworking, creative, dedicated leaders. But I knew exactly what he meant. Increasingly, the faculty and even many midlevel administrators at colleges and universities are finding themselves dealing with presidents and chancellors who appear to view faculty members as though they were the enemy, micromanage colleges and departments within an inch of their lives, alienate one group of institutional stakeholders after another, and then depart from the institution after five or six years, leaving others to pay the bill for the damage they’ve done. The fault lies, I believe, in something I call bottom-line leadership.

Make no mistake about it: The period from late 2007 onward has not been a good time for higher education. In state after state, public institutions have seen their funding cut by activist governors and legislators who see the role of the university solely in terms of job creation and the production of marketable research. Private institutions suffered similarly, at least temporarily, from the decreased value of their endowments and the reluctance of donors to make contributions during such uncertain economic times. Some attention to the institution’s bottom line was long overdue and, when it came, it came with a vengeance. A new type of administrator began to emerge (or if they didn’t actually emerge, they at least began to appear in larger numbers) who sought to “run the university like a business” and apply management practices developed in the corporate world to colleges, universities, and research institutes.

Bottom-line leadership occurs when an administrator pays more attention to the budget than to learning, innovation, and academic citizenship. None of them will admit that they’re doing so (at least not to faculty, students, and parents), but their actions belie their words. They sacrifice student engagement at the altar of higher productivity, measure success in terms of student credit hour production rather than graduate school placements or honors received, and bestow the honored title of “research” only on projects that are externally funded. None of these things is bad in and of itself. Every administrator has to pay attention to productivity, sustainability of programs, and alternative sources of funding. The difference is one of degrees. Bottom-line leaders view efficiency as a goal more significant than quality. They speak of degrees as though they were products and of students as though they were customers. But, in fact, students aren’t customers who “buy” their degrees; they pay for access to an opportunity and are granted their diplomas only when they earn them. A pastry chef will sell you a cake; a trainer will make you work for your fitness. Bottom-line leaders are pastry chefs in a world where more personal trainers are needed.

The reason why bottom-line leadership is more often seen at the executive level of the institution has everything to do with how we choose our presidents as opposed to how we choose our deans and department chairs. The latter are selected by the faculty. They see their roles as advocates for their faculties, almost always hold rank and tenure, and view their administrative appointments as natural outgrowths of their teaching and research missions. Presidents, on the other hand, are largely selected by governing boards and politicians, people who often have no background in higher education other than what they recall from being a student, but who have usually achieved success in corporate, financial, or military environments. Those organizations function very differently from a college or university. In higher education, the organizational chart is rarely as important as the paper it’s printed on. Decisions are not made by orders given and received, but by collective and (often painfully slow) consensus. Faculty members expect to be consulted on most issues in a way that those who work in other settings never do. They don’t see themselves as employees. If anything, they regard themselves as independent contractors who have a right to participate in institutional decision making because of their training and expertise. If you fail to take account of this expectation, you burn a bridge that is extremely difficult to rebuild.

When interviewing presidential candidates, therefore, governing boards and legislators are more likely than are the faculty to ask questions that arise from a corporate or military mentality. They’re impressed by people who demonstrate a willingness to “take charge” and “shake things up.” They’re put off by anyone who seems to demonstrate a fondness for the glacial pace of faculty politics. Quick, definite responses may strike the faculty as glib or insincere but, to the people who will ultimately hire the president, they are likely to seem decisive. These answers appear to indicate a healthy respect for the bottom line and, for those who want “the university to run more like a business,” they indicate that the candidate “gets it.”

Before the recent financial crisis, which was followed almost immediately by greater competition in the nonprofit sector from for-profit institutions and massive open online courses, bottom-line leadership was more commonly tempered by a view that learning and the creation of new knowledge were valuable for their own sakes. Now that fiscal challenges have become more severe, these ideas can seem quaint and outdated to those who are interested primarily in paying the bills. Many politicians, the very people who often select university presidents, see the role of higher education simply as an engine for the creation of jobs. As Governor Rick Scott of Florida declared, “The Florida Families First Budget continues to move Florida in the right direction by focusing on what matters most to Floridians—jobs and education” (www.flgov.com/2013/02/11/governor-scott-highlights-higher-education-investments/). Other legislators define research solely in terms of its economic value, as did John Kasich of Ohio in his 2012 State of the State address: “We’re also saying that it’s not good enough to do research. If you don’t commercialize and create jobs, what’s the point?” (http://governor.ohio.gov/Portals/0/2012%20State%20of%20the%20State%20Address%20Transcript.pdf).

To the faculty, such statements appear to link universities with vocational training and academic research with product development, ideas that are foreign to their worldview. Yet it’s thoughts like these that have led to the appointments of many university presidents. Only when we become more eloquent in our description of the other benefits of a college education—greater health, longer life, increased options of where and how to live, enriched leisure, improved critical and creative thinking, and a greater satisfaction in one’s profession—will the debate change. As long as we promote the value of the university only in terms of its ability to increase someone’s salary, we too will be practicing bottom-line leadership.