Transition to Administration: From Autonomy to Hierarchy 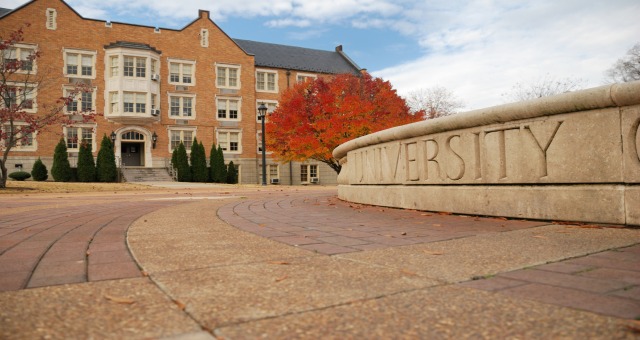 Being a successful faculty member is not a predictor of success as an administrator. In addition to the need to develop a new set of skills, the transition from faculty member to administrator requires a different mind-set. And perhaps the most challenging aspect of this transition is the shift from autonomy to the constraints of a hierarchy.

Simply put, faculty members—especially tenured faculty members—have quite a bit of freedom. They set their research agendas, typically aren’t subjected to much direct oversight in their scholarship or teaching, and “as long as you’re not threatening or verbally abusing someone, you can say pretty much whatever you want to say about whomever you want to say it,” says Joseph Incandela, associate dean of faculty at Saint Mary’s College.

Administrators’ freedom is much more limited, something Incandela learned early in his administrative career. During a discussion with his supervisor and several faculty members, he said something critical about the president’s approach to a particular issue.

“My supervisor told me afterward that that’s not the kind of thing someone in my position should be saying about the president of the institution. She was absolutely right to say that to me,” Incandela says.

In that moment he realized one of the big differences between being a faculty member and being an administrator—having to be accountable to one’s superior. “All of us have positions in middle management in one way or another,” Incandela says. “Even the president of the college is answerable to a board, and other people are answerable to her. Once you accept an administrative position, you accept certain responsibilities, such as having allegiance to a person above you. You’re helping that person’s agenda rather than pursuing your own.

“It’s something that one has to grow into, especially if you’ve lived a long time—a couple of decades in my case—as someone who is pretty autonomous, as most faculty are. That’s not an easy thing to do. There’s a structure, and I try to remember that I’m in this structure because I want to be in this structure. No one’s forcing me to be an administrator. I’m a tenured faculty member. I can go back tomorrow. But once one does choose to be part of a college or university administration, one has to give up certain rights that one had as a faculty member.”

The relationship between the department chair and the faculty is quite different from the relationship between an administrator and his or her supervisor. “[Department chairs] tend to be very benevolent bosses in the sense that there is not a lot of direct oversight in terms of what one does either in the classroom or especially in one’s research and scholarly life,” Incandela says. “I was a full-time faculty member for 20 years, and I never felt that I really had a boss. And when I was department chair during that time, I never felt I was a boss. When you move into administration, you are in a very different place, in what is inevitably a hierarchical structure, and it does affect what you are able to say out loud in public.”

Although there are limits to what administrators can say publicly, Incandela sees it as the duty of an administrator to raise questions, concerns, and objectives in appropriate venues. “It’s perfectly appropriate for me to raise those things behind closed doors, especially if I’m convinced others are going to raise them once the idea leaves the room. But once a decision is made about something, you are out there as a party to that decision whether or not you agree with it personally,” Incandela says.

In disagreeing with one’s superior, it’s important to do so respectfully and in a way that doesn’t come across as obstructionist. This is particularly important if you’ve been at the institution for a long time and your supervisor is new to the institution. “Someone who has been at the institution for a long time does have a sense of what’s been tried previously and why it may not have worked. The other side of that is that a new person has fewer blind spots. The person can cut through that ‘we’ve always done it this way’ rhetoric. One of the advantages of somebody coming from the outside is that he or she can potentially widen the field from what the dominant thoughts and processes have been,” Incandela says.

Rather than directly challenging your supervisor and trying to appear to be the expert, Incandela suggests framing your concerns more gently by asking questions such as “What if someone were to say . . . ?” or “Shouldn’t we be thinking about . . . ?”

Framing objections in this manner helps send the message that “everyone in the room is on the same side, and we’re just trying to think through the issue as deeply and broadly as we can before we take it outside the room,” Incandela says.

As administrators come and go, those in the hierarchy need to adjust to new priorities and possible changes to committee assignments and organizational charts. Incandela says it’s helpful to remember not to conflate one’s identify with one’s position. “Provost is a title. That’s not the person’s identity. At some point that title passes to someone else, and it’s the same all up and down the line. I try to remember that I’m serving as the associate dean of faculty, but I’m not the associate dean of faculty. There’s a list of responsibilities and duties, but once I leave that position or even while I’m in that position, those duties and responsibilities can change. But that’s not an issue of my own identity or who I am as a person or what I feel I’m contributing to the institution. All positions are transitory. We all move into them and out of them at some point in our careers. But while we have these positions it’s up to us, especially in administrative positions, to either see that the constellation of responsibilities and duties is still fulfilling for us as individuals and stretching us in good and creative ways, or it’s the kind of thing that we feel we’ve accomplished as much as we can within one set of parameters and return to the faculty or look for other kinds of challenges in other places as administrators,” Incandela says.

Whether you decide to move back to the faculty or to another administrative position at your current institution or another one, “set your successor up for success,” Incandela says. “Keep good records. Make sure that if you see a transition coming, you try to tie together as many loose ends as you can rather than leave them to your successor. And try not to burden your successor by making choices on the way out the door that reasonable people might disagree about.”