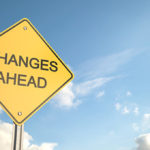 Transition to Administration: From Autonomy to Hierarchy

Being a successful faculty member is not a predictor of success as an administrator. In addition to the need to develop a new set of skills, the transition from faculty member to administrator requires a different mind-set. And perhaps the most challenging aspect of this transition is the shift from autonomy to the constraints of a hierarchy.

Read more Transition to Administration: From Autonomy to Hierarchy ›