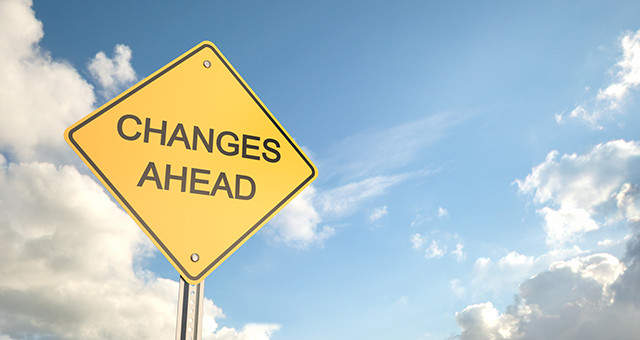 So, what is an academic leader to do if a new boss is on the horizon and the idea of either looking for a new job or returning to the faculty doesn’t have much appeal? Kevin P. Coyne and Edward J. Coyne, Sr., in an article for the Harvard Business Review, offered corporate executives some advice that seems just as relevant in the academic world.

Showing your goodwill and leaving your baggage at the door entail making it clear that you’re just as willing to be on the new president’s team as anyone he or she may bring in from the outside. New presidents, particularly if they are in their first stint as CEO, sometimes suspect that administrators who worked under their predecessors will be more loyal to the old administration than the new one or perhaps simply have become so molded by the old way of doing things that they can’t adjust to the new. For this reason, you can’t conclude that the new CEO will simply assume you’re supportive of the direction in which he or she wants to take the institution. You have to say so, probably more than once, and demonstrate in some concrete fashion that you support the new initiatives he or she is taking.

Of course, if you don’t genuinely support the direction laid out by the new president, your choice becomes a bit more complex. You can actively back the initiatives you think are sound, passively uphold those you don’t (i.e., avoid undermining them in any way), and wait to see whether the president’s point of view wins you over or the new initiatives fail. If, however, your differences with the new upper administration are so great that even nominal support would seem hypocritical, you may want to rethink just how distasteful finding a new job or returning to the faculty really is. The new president is likely to see through your façade anyway, want someone in your position who does more than simply refuse to fight the inevitable, and seek to have you replaced. It’s largely a matter of demonstrating that you’re an honest supporter of (at least many of) the new initiatives or resolving that the new CEO will want someone who is.

Studying the new CEO’s working style and understanding his or her agenda are a matter of paying close attention to what the new president does, not merely what he or she says. Is the new president data-driven and data-obsessed (trying to quantify even the unquantifiable) or more likely to be persuaded by an anecdote about a real person who is affected by what the institution does? Is the new president always “in the weeds,” mastering every detail no matter how insignificant, or always “in the clouds,” relatively indifferent to how the sausage is made as long as the result turns out to be satisfactory? Does the new president expect the chain of command to be strictly followed (in which case, if you don’t report to the president yourself, your supervisor’s relationship with the president and opinion of you probably matter more than the president’s) or someone who’s indifferent to titles and formal job descriptions? Knowing what type of person the president is will help you meet his or her needs better and increase the likelihood that you’ll still be needed even if others are replaced.

Presenting a realistic and honest game plan and being on your “A” game involve candid analysis of the strengths and weaknesses of your program, combined with a practical (if possible, cost-neutral) strategy for capitalizing on the strengths and remediating the weaknesses. New presidents are often highly suspicious of the overly optimistic reports that administrators give of their own areas. They feel a bit like substitute teachers who are told by their classes that they always have five recesses a day and never have homework. Every unit has points of pride and areas that could be improved. If you don’t mention those to your new CEO, he or she will find them anyway and wonder why you were concealing them. For this reason, leadership transitions are a good time for an objective appraisal of each aspect of your program. What would an external observer think is working well? What fails to live up to expectations? Most important of all, what do you intend to do about it? If you can answer those questions, you’re more likely to keep your job than if you hope the new boss just won’t notice those areas where your program is underperforming.

Finally, offering objective options means approaching the future without undue limitations from the past. For the vast majority of the decisions made in higher education, there were other viable options, a few of which may have even been preferable to the alternative that was finally selected. In fact, one of the secrets of higher education is that, in a surprising number of situations, it probably doesn’t matter which course of action is taken; the result is likely to be the same in any case. So, don’t get too preoccupied with one and only one vision of the future. New CEOs who are insecure usually assume that existing administrators will approach their areas with precisely this type of tunnel vision. If you can demonstrate that you are a different type of academic leader, one who can identify different scenarios that lead to a successful outcome and who can be comfortable even when his or her own preferred solution is not the one selected, you’ll increase your likelihood of surviving a leadership transition.