Purdue and Kaplan: A Good Business Deal That May Hurt Students 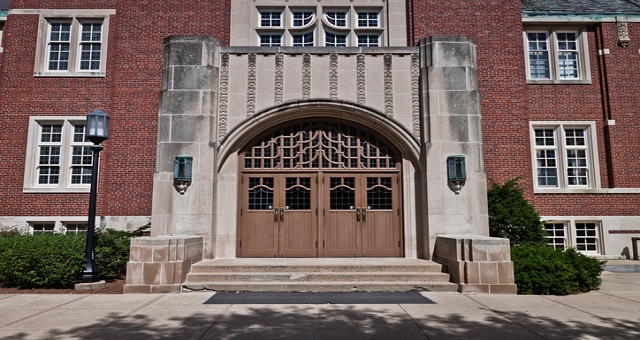 In late April, Purdue University, a selective-admission public university, shocked the higher education community (including its own faculty) by announcing that it had purchased a large chunk of for-profit Kaplan University. The purchase would give Purdue an immediate, mostly-online operation consisting of 32,000 students, 15 physical locations, and 3,000 employees. The new name for the Kaplan side of Purdue has not yet been announced, leading many to dub it “New University.”

On the surface, this is a positive and logical move. Purdue will gain immediate access to bodies and buildings – to say nothing of servers – as it makes a giant move into online education not by growing its own programs but by purchasing a ready-made and proven operation. It will certainly suffer some short term damage to its reputation, as observers paint the flagship main university with the not-always-fair brush that calls for-profit universities “diploma mills,” but some careful public relations strategy will remedy that. Many selective admit institutions have open admissions regional campuses or satellites that could cheapen the brand, but this is easily diffused by emphasizing the prestige of gaining admission to the main campus.

Kaplan, on the other hand, has made a logical business move. With for-profit education under attack by public opinion and burdened by regulatory requirements not imposed on non-profits, it makes sense to take advantage of a buyer when one comes along. No one can blame Kaplan’s owners for taking cash on the barrelhead over an uncertain future.

For higher education as a whole, however, this move further narrows the options available to students by removing the unique opportunities that come from for-profit education. And while some will argue – with merit to their argument – that any of these functions can also be found at traditional universities, there is something unique about the way for-profits pursue their mission that offers special opportunities to students. As higher education has lost Corinthian, ITT, and now Kaplan from the for-profit space in the past two years, the very sector is under siege, and its students along with it. Maybe it’s time to consider that the way to fix the ills of for-profit education is not to stamp the entire sector out of existence.

The nimble nature of the for-profit institution

I have taught for for-profit institutions for more than a decade, and, for all of the potential abuses to be found in the sector, there is also an example of something done right that could be eliminated under the weight of a large, non-profit university.

For-profit institutions can be incredibly responsive to their communities; they have to be, if they would like to stay in business. I have sat in countless program advisory board meetings at a number of these institutions, and most have taken the requests for curricular changes from the business community very seriously. These institutions are often very willing to hear exactly what businesses need from new graduates who become new hires, and they implement those change quickly. I have witnessed curricular changes that would have taken years to implement in a traditional university go into effect by the next catalog printing at a for-profit.

How about those high-pressure sales techniques used by the admissions staff in for-profit institutions? It is true, there are abuses in this area; horrible situations in which students are encouraged to take on debt that they can never hope to pay off with the degree they are pursuing. However, for every high-pressure snake oil salesman, there’s an admissions representative passionate about explaining to a highly non-traditional student how a college degree or certificate can mean that next promotion at work or entry into a new career field.

Instructors, too, can be a special breed at a for-profit university. True, you will not find as many traditional academics with earned doctorates and journal publications to their names (although this is changing as competition for adjunct jobs becomes ever more challenging). However, depending on accrediting agency and state board of education regulations, some for-profit institutions have a greater flexibility to hire the working professional in the field of study who brings up-to-date business knowledge into the classroom.

In sum, for-profit institutions can be incredibly nimble in ways that larger universities and university systems cannot. However, this may not continue for much longer. I have already seen evidence of for-profit institutions seemingly buffing themselves up for potential purchase; it only makes sense, given the incredible uphill regulatory and reputation battle they face and their inherent mandate to make money. I expect the sector to further shrink.

So, what does this mean for Purdue and Kaplan? Likely, the university will encounter some growing pains; existing faculty will protest, existing students will worry about the value of their degrees, and then the dust will settle. Purdue will have a successful online operation, and life will go on as usual.

But I would be wary of celebrating moves that shrink the for-profit sector. Yes, there are abuses to be found that need to be eliminated if we are to truly serve our students. But folding these institutions into the mass of traditional universities means a loss of potential responsiveness and innovation that the best players in the sector could bring.

Jennifer Patterson Lorenzetti, MS, is the managing editor of Academic Leader and the chair of the Leadership in Higher Education Conference. She is the owner of Hilltop Communications. (www.hilltopcommunications.net).