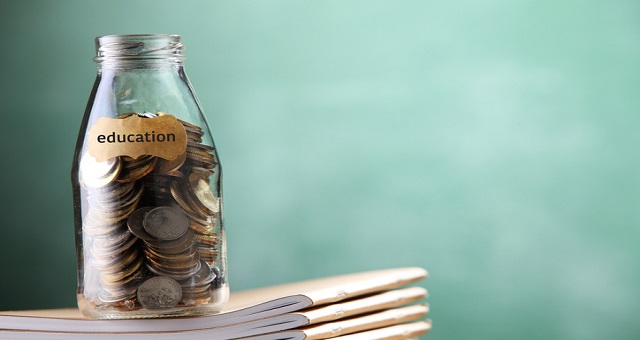 Although much of the coverage of higher education seems to focus on increasing tuition and student debt burden, another crisis is more quietly hitting higher education. Numerous colleges and universities are facing budget crises, causing one to wonder if the overall nationwide university capacity has outstripped demand for higher education.

According to one report, there is the potential for more than 500 schools across the United States to close their doors in the next ten years. One can see the potential problem in a state like Ohio, which boasts 13 public universities with a range of regional campuses, 25 two-year colleges, and an impressive range of private, religious, and professional schools, to say nothing of the for-profit campuses located across the state. It almost goes without saying that some institutions would be feeling the budgetary pinch.

One such example is Dayton, OH-based Wright State University. Founded as a branch campus of two other Ohio universities, The Ohio State University and Miami University, Wright State became independent in 1967. It currently serves nearly 18,000 students, has two campuses, and offers programs ranging from undergraduate through graduate, doctoral, and professional degrees. The majority of these students study at the Dayton area campus.

In spring of 2017, the university implemented nearly $31 million in budget cuts to make up for five years of overspending. Part of these cuts include elimination of 189 positions and the possibility of discontinuing the school’s swimming and diving teams.

In an interview in the Wright State student newspaper The Guardian, board of trustees chair Doug Fecher admitted that the university knew it was heading into financial difficulties, but it didn’t realize the extent of the problem until 2017. He attributed part of that uncertainty to the university’s decentralized budget management system. “If you don’t keep enough oversight on it, it can get out of control fairly quickly, and that’s what happened here,” he said.

Causes of a Budget Problem

Fecher enumerated several problems that harmed Wright State, many of which could easily affect other colleges. Specifically:

While all of these problems created a perfect storm at Wright State, none of them were unique to that institution. Many, if not most, institutions struggle with enrollment numbers, hoping that they will attract an entering class of the necessary size each year. The fact that Wright State was challenged by the semester switch exacerbated the problem, but the problem was a known one that institutions in Ohio were anticipating for several years.

Capital campaigns are another known problem. Institutions are pressed to continually update and improve their physical plant in order to attract the students needed to bring in revenue, but undertaking a project without the funding in place is a recipe for budget disaster. It’s no wonder campus planners want to keep the construction on schedule, while the accounting office holds its breath.

Finally, a voluntary retirement program, while being the element that attracts the least attention in many news articles, may be one of the most ubiquitous elements of campus budgeting concerns for the next decade or two. One way to decrease faculty and administrative headcount without the bloodshed of layoffs is to encourage retirement, but many nearing retirement age are loath to give up their positions. Encouraging retirement may cost money up front to save money down the line, a potentially smart long-term move but not one that will keep institutions out of trouble in the near run.

Overall, coverage on the subject shows that Wright State is far from the only Ohio institution to be experiencing fiscal problems, and it is certainly not unique nationwide. Those who may find themselves in a similar position are well-advised to look at the case of this institution and learn, before they, too, find themselves in a budget shortfall that will be difficult to recover from.

Baughman, Kristin. “An Interview with Board of Trustees Chair Doug Fecher,” The Guardian, June 26, 2017.

Jennifer Patterson Lorenzetti is the managing editor of Academic Leader and the chair of the Leadership in Higher Education Conference. She is the owner of Hilltop Communications (hilltopcommunications.net).