Higher Education as a Public Good: A Perspective from Iceland 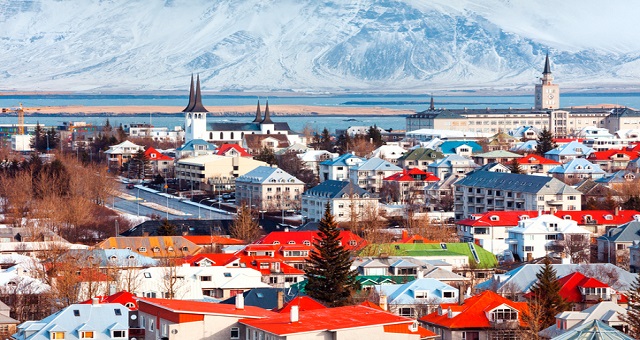 I recently served as a presenter for a capacity-building workshop held in Reykjavik, sponsored by the Fulbright Commission in Iceland. The program gathered international study leaders from all of Iceland’s universities to discuss how they can better partner with US institutions and how to attract more US students through marketing and recruitment.

Iceland is also facing a very different demographic picture. Roughly two decades ago, the Icelandic government noted with concern that the degree attainment rate for the country had fallen below the rates of its European peers and it launched a campaign to raise it. Unlike the current push for degree attainment in the United States, which has so far had very mixed results, the Icelandic campaign was wildly successful. It caused a massive flow of students into higher education, supported by free tuition policies. The economic crash in 2008 drove even more students into classrooms, and Iceland’s booming tourist industry, which has grown roughly 20 percent each of the last five years, is also drawing increasing numbers of international students.

Struggle between public and private

So what is the challenge? As I spoke with my Icelandic colleagues, the theme kept returning to the struggle of balancing education as a public or private good. Geographically, Iceland straddles two tectonic plates. There is actually a place in the country where you can stand with one foot in Europe and one foot in North America. In a similar way, Iceland is trying to figure out how to straddle two concepts of higher education: the “public good” model of most Nordic countries and the “private good” model used in the United States and elsewhere.

The Icelandic universities struggle with saying no to tour groups and short-term study programs from around the world that approach them for support but do not want to pay for it. If education and to some degree the resources of the country are seen as a public good, how can they deny access to them?

They also struggle with how to keep smaller, more rural institutions around the country healthy. Students gravitate toward the capital, and since there is no price barrier and only a very general set of admissions requirements, a small number of institutions dominate the market. Should they build housing and act as landlords to solve the housing crunch that is limiting their capacity? Should they charge higher fees to international students coming into the country to offset their costs? What these questions all have in common is the pressure to push education in the country further in the direction of a “private good.”

US model of private good

The United States is the extreme example on the other side of the question. Higher education in the United States was founded as a “private good,” and has maintained much of that tradition, moderated by only occasional large initiatives such as the creation of land-grant institutions, the G.I. Bill, and the federal financial aid system. The private elements of the system, including institutional autonomy, peer review, and constant competition, have made US higher education great in many ways and given US institutions a unique flavor and appeal internationally.

More recently, however, pressure has been mounting for conversations about where higher education should fit in the public good. I believe this is a large part of the time of transition or crisis we are currently experiencing.

The system is not adapting readily to the significant demographic shifts we are experiencing. It appears to be failing in its attempt to reach federal goals to increase degree attainment and improve national competitiveness. It is saddling graduates (and especially those who start but don’t graduate) with debt levels that are a drag on their productivity and economic contribution. As states decrease their funding of public institutions, families either demand more generous aid packages or they flee to the option that looks the most like a public good: community colleges (note the conversations about making this a free public good).

Learn from each other?

Could we meet in the middle? Is there room for the higher education in the United States and in places like Iceland to learn from each other? Even as Iceland looks at our models for privatizing their fee structures and levels of student services, we could be taking notes about the necessity of investing in higher education as a public good in order to achieve national priorities.

How much would it be worth to the American psyche for parents to worry less about access to college? (Is that a factor in why Iceland is at the top of the World Happiness Index: second in 2015 and third in 2016?) How much is it worth for the United States to move ahead in our college achievement rate at a time when demographics are working against us?

While we are not ever likely to consider purely European models, nor would they likely be a good fit, I think we would be well served to openly wrestle with our balance between public and private good. As Iceland is asking itself from the other end of the spectrum, what investments are worth making and where is the right balance for us?

Reprinted from “A Perspective from Iceland: Higher Education as a Public Good.”Recruitment & Retention, 30,8 (2016): 6,8. © Magna Publications. All rights reserved.