The Art of Framing in Academic Settings (Part 1) 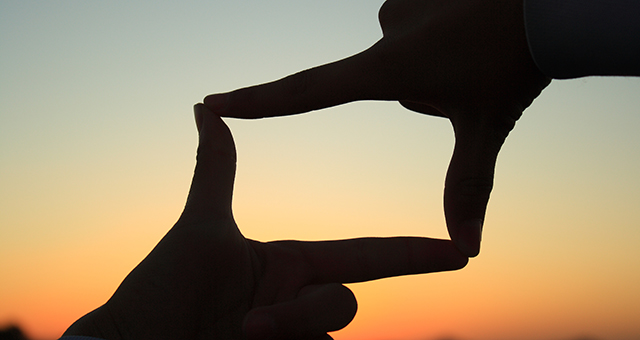 Have you ever witnessed a keynote address in which a new university president shared such an inspiring and imaginative future strategy that you wished you were a part of that institution’s implementation team? Innovative thinkers who transform their vision into eloquent language can have that effect on their audiences. Assuming no bad behavior, how would one explain that two years later that same institution has launched a presidential search? One could list several reasons for this, including personal or family illness or an attractive offer elsewhere. However, in some cases the failure is due to the inability to implement the plan to achieve the vision. This failure would not only disappoint the president but would also be a blow to the governing board, faculty, and students who brought this individual to campus.

If you have not personally seen an example like this, perhaps there are smaller versions that have taken place on your home campus. Perhaps a department sought to raise its research profile by bringing in a dean from a prominent institution, but the dean has failed to deliver; or a new chair arrives with the promise of enhancing the department’s civic engagement profile but after three years has little to show for the effort. Both were carefully vetted prior to hiring, had been successful at their prior institutions, and were provided with the requisite resources to get the jobs done; they were expected to deliver.

So what may have happened in these cases? Why would capable people with great ideas and good initial support crash and burn? In cases like these, the leaders are agents of change. The prospect for change presents a challenge for everyone, although the tolerance for it varies immensely among individuals. At one end of the spectrum, there are individuals who seem open to the consideration of almost any reasonable idea, while at the other end there are those who oppose, outright, anything new or different.

It also seems true that all change generates resistance. Resistance can be strong enough to derail the best of ideas. Thus, change agents need to anticipate and avoid or defuse it in order to be successful. Perhaps the above examples of failed reform can be traced to inattention to the preliminary work of finding pathways to success while taking into account the local variables.

Making sense of complex organizations in order to lead within them (and higher education institutions are very complex organizations with many subcultures) is called framing. The concept of framing was developed for applications in business but is also applicable to higher education (Bolman and Gallos). Framing allows the leader or change agent to examine the impact of the initiative in the four frames of the organization before beginning the change process. Examining the change agenda through multiple lenses or frames allows the leader to identify structural obstacles, change directions, avoid alienating key people needed for support, avoid violating policies, amass support, avoid political missteps, and promote blending into local culture and tradition.

The structural lens or frame consists of policies, procedures, and practices; the chain of command; how authority is distributed; and the like. This includes who approves new initiatives, an important thing to know if there is an agenda for change. An example might be the dean of engineering who fosters the development of a new course in software engineering to accompany a new research focus, only to learn, when the course goes through the approval process, the computer science department in another school on campus has a graduate course that covers this area. Because of the institution’s ban on course duplication, the initiative fails. In many regards, this is an easy frame to deal with if the leader has good people around who know the rules and if the leader is not so brazen to think he or she can have his or her way in spite of standing policy.

The people frame is one that examines the impact of change on individuals. Changing the undergraduate or graduate curricula, adding graduate programs where previously only undergraduate programs existed, adding research expectations, and changing the student advising model all have implications for faculty workloads. Dealing with the frame takes soft skills on the part of the leader. Being open and transparent about why the change is being made will promote trust, and offering resources to help with the transition will go a long way to help relieve faculty and staff angst. In some cases, retraining and assurances of continued value will be part of the equation. Failure here can lead to several types of resistance that can scuttle the initiative.

This article will be continued in Part 2.