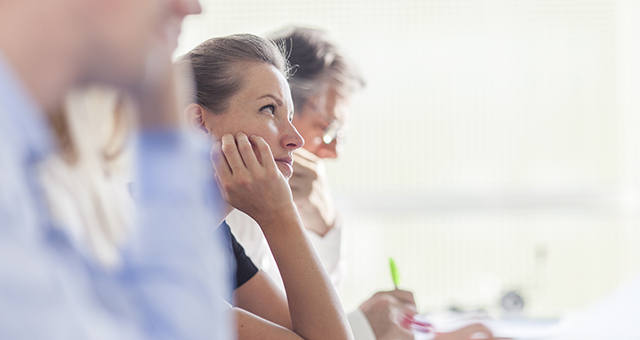 As I sat looking at data for the newly enrolled students in our incoming class, comparing it with institutional and national SAT data, I wondered, is the concept of a major becoming obsolete? Our colleges and universities are built around them. For generations, faculty have been training in one discipline with a distinct identity. Curricula have been designed to make the student’s major the most prominent piece of his or her educational pathway. Even on the admissions side, the first question we ask in a typical interaction is, “What major do you want to study?”

Although the concept of a major remains dominant in our internal conversations, the rest of the world seems to be moving beyond the major as common currency. According to the National Center for Education Statistics, as many as 80 percent of students will change majors at least once while in college, with the average student declaring three majors during his or her college career. In any other industry, an 80 percent mismatch between client and service would spell disaster. In higher education, it suggests that our concept of majors may seem arbitrary to students—a poor reflection of the actual student experience of learning.

Outside of a few credentialed programs like accounting, nursing, and education, majors do not seem to have a very direct correlation to jobs. According to a study by the U.S. Census Bureau, although over 60 percent of college grads are employed in fields requiring a degree, only 27 percent of them are employed in jobs related to their majors (1). And although some majors tended to have higher earnings on average, a study from the Georgetown Center for Education and the Workforce indicated that wage ranges varied greatly within majors, with higher performers in lower paying majors outpacing lower performers in higher-paying fields (2). A related study from the Brookings Institute compared graduate earnings to the content of workers LinkedIn profiles. This research suggested that the most important driver of earnings was not major specifically but skills developed (3).

A great example of moving beyond majors is the national rush to science, technology, engineering, and mathematics (STEM) fields. At the institution where I work, we have seen a 119 percent increase in STEM graduates in the last five years. Across the nation, students are flocking to STEM areas because of the high growth in job opportunities. But the funny thing is, you can’t major in STEM because STEM is not a major. STEM is a collection of majors that share a set of skills—a way of thinking about knowledge that is highly valuable in the current job market. Your major is much less important for STEM fields than in-depth exposure to the STEM way of thinking.

STEM is the clearest current example we have of where the concept of majors is likely headed. As students push to be able to follow their changing interests in a rapidly evolving landscape, and employers push for graduates with flexible thinking skills, colleges will feel pressure to create a more interdisciplinary environment. Instead of trying to bring majors to market every time a new need is identified (a process that is very labor-intensive and requires a big investment in personnel), colleges will begin grouping their offerings in order to market a flexible, dynamic environment where students can build skills.

The Education Advising Board has referred to these groups of related skills as “competency hubs,” and identified them as a future best practice for campuses. These groupings will be a way to more efficiently align resources while offering students more choices.

The institution where I work is already exploring this new approach by developing new major “themes” or “clusters.” For example, a student interested in globalization might not know what major to pick, but he or she might begin by thinking about how international studies, conflict analysis, political science, and foreign language might overlap. A student interested in health fields can discover that lesser known but related fields like respiratory therapy and medical laboratory science are good alternatives to nursing.

This evolution beyond traditional majors will likely be a gradual one. While the external world of student and employer demand moves quickly, educational structures typically change slowly. The system of majors is deeply ingrained in so many pieces of the current academic structure, especially in the training of faculty. As colleges struggle to differentiate themselves in an increasingly competitive market, those institutions that are better aligned with the “skills-based” economy will have an advantage.

As enrollment professionals, we will have to change our approach as well. Instead of constantly asking students, “What major do you want to study?” we will need to begin asking, “What skills do you want to build?” or “What do you want to do after college?”

In our admissions office, we have already seen students thinking this way. What if you never again had to answer the question, “How is your business major?” What if instead students asked, “I want to learn how small businesses can help build better communities and decrease poverty. Can I do that here?”

Our answer cannot be, “We don’t have a major in that.” Instead, we will have to be ready to move beyond majors to help connect students to the opportunities we offer.

Aaron Basko is assistant vice president of enrollment management at Salisbury University and a contributing editor to Recruitment & Retention. Look for his column each month.

Reprinted from “Moving Beyond Majors” in Academic Leader 30.9(2016)6,8 © Magna Publications. All rights reserved.