Spotlight on Campus Speech: Q&A with Michelle N. Deutchman of the ADL (Part 1) 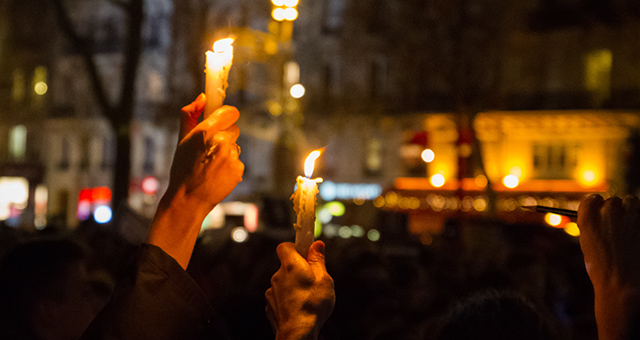 The last few years have seen a rise in both controversial campus speakers and vociferous student protests (the latter often in direct response to the former). Both phenomena seem symptomatic of the growing political polarization of the country as a whole—groups and individuals with hateful and offensive beliefs feel legitimized and emboldened to publicly voice their platforms, which in turn galvanizes an activist response. The college campus, which has long been a bastion of the free exchange of ideas, has become the nexus of this clash of ideals, and ignited a debate over free speech, hate speech, and censorship. In our Q&A series Spotlight on Campus Speech, Academic Leader Today brings campus administrators expert perspectives to help understand the current challenges of campus speech issues. For this installment, I interviewed Michelle N. Deutchman, National Campus Counsel for the Anti-Defamation League, via email. This is part one of a two-part interview.

Academic Leader Today: On election night, Richard Spencer, the de facto alt-right spokesperson, tweeted, “We’re the establishment now.” What do the numbers say? Is the United States actually becoming a more racist (or at least openly racist) country, or are a few bad actors getting a disproportionate amount of media coverage?

Answer: It is undeniable that white supremacists in the United States have become emboldened in the last 18 months. Racism, anti-Semitism, xenophobia, and other forms of hate historically operated in the shadows. Following an especially divisive presidential campaign that was rife with hateful messaging, people on the alt-right began to feel emboldened to share their ideology without reservation. And that has seemed to have had an impact on larger society.

On college campuses, we have seen a dramatic increase in racist incidents, including speeches by alt-right figures, such as white supremacist Richard Spencer’s recent attempts to speak at the University of Florida and elsewhere, and racist fliers appearing on many campuses. Since the fall semester began ADL has counted more than 80 incidents of racist fliers, banners or stickers appearing on college campuses.  This compares to only nine incidents in fall 2016. This brings the total of incidents since September 1, 2016, to 260 incidents on 173 campuses in 40 different states.

ADL has also documented an increase of anti-Jewish incidents on campus. A total of 118 anti-Semitic incidents were reported in the first three quarters of 2017, compared to 74 in the same period of 2016—an increase of 59 percent.

When leadership—be it at the federal, state or local level—does not condemn hate immediately, directly and consistently, it sends the message that these beliefs have a place in our society. That’s why we have consistently called on President Trump and leaders from across the aisle to denounce hatred and bigotry whenever it occurs. We called out the president after he equivocated following the Charlottesville tragedy.  His failure to fully condemn those responsible for the violence in Charlottesville was irresponsible and sent a damaging message to the country.

Academic Leader Today: In the last couple years, there has been a lot of talk about “dog whistles,” that is to say the use of language that may seem innocuous to the general public, but has a deeper—usually hateful or racist—meaning to those in the know. This term points to the fact that hate speech isn’t necessarily unambiguous. What are the best practices for university administrators in the face of this sort of speech?

Answer: ADL firmly believes that our country’s universities serve as laboratories for the exchange of differing viewpoints and beliefs. Offensive, hateful speech—blatant or innocuous—is protected by the First Amendment. However, university administrators and campus stakeholders have a responsibility to use their own expressive rights to challenge and confront heinous ideas rather than to attempt to stifle discussion.

We recognize that hateful speech has a detrimental impact on campus climate and must not go unanswered. ADL urges campus leaders to speak out vociferously, immediately, and directly when hateful rhetoric comes to their campus.

As you note, some extremist groups do have coded language, called, “dog whistles,” such as “white rights,” “European Heritage,” number codes, and acronyms. Some campuses have encountered situations when outside groups or individuals make it appear like the school has a “White Student Union.” Often, these are attempts to recruit students suggesting that liberal institutions and multiculturalism are “anti-white.” College and university administrators have a responsibility to disavow these groups and make clear that they are not an affiliate of the university and do not reflect the inclusive values of the institution and community.

This interview is continued in Part 2.