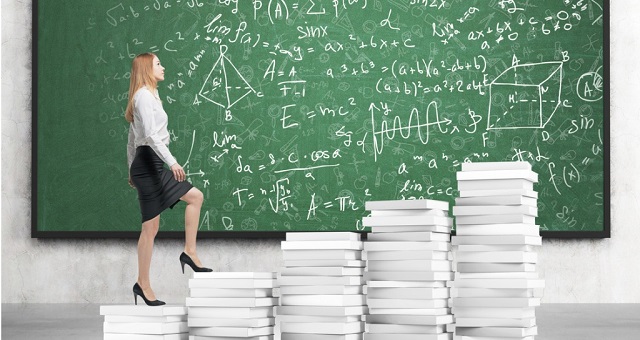 Inadequate preparation, unrealistic expectations, and increased workload can be overwhelming for faculty members making the transition to department chair. Brenda Coppard, chair of occupational therapy at Creighton University, found this transition “just a little mind boggling” and decided to focus her research on it.

Coppard compiled a list of current department chairs in occupational therapy departments at four-year institutions throughout the country and decided to conduct extensive interviews with four relatively new chairs. “I wanted to speak with fairly new chairs so that the [transition] experiences were still fresh in their minds, but I didn’t want them to be too new because I wanted them to have gone through the things that normally happen in the cycle of a year, such as budgeting,” Coppard says.

The group of four chairs was varied: two chairs were at private institutions, and two were at public institutions; two were internal hires, and two were external. Before the interviews, Coppard collected their CVs and listed each activity on a separate note card. Coppard had each chair rank these activities in order according to those that helped most prepare them to be chair to those that helped least.

The following activities had no benefit at all:

In addition, Coppard talked with these chairs about the formal preparation they had for the chair position and things that would have helped them in this transition. She came up with the following three factors that affect this transition:

“The most ideal fit for a person getting into a chair position would be that the resources and internal and external variables are aligned with each other. I found, for example, a couple of chairs who had different values than their institutions’ values. Interestingly, they are no longer chairs,” Coppard says.

One of these chairs was at a state land grant institution, where getting grants and doing a lot of publishing were the top priorities. This chair had difficulty with that because teaching was her top priority, and she didn’t get as many grants as her dean expected, “so there was some tension,” Coppard says.

Another chair was good at getting grants and was very active in national and international organizations, and therefore traveled frequently. But this was at a liberal arts institution, where the dean did not want the chair to be away from campus so much. “When the values of the institution and personal values don’t mesh, something’s got to change, and usually the institution isn’t going to change its values to fit. I think this was a big reason why one of the chairs was asked to step down,” Coppard says.

A common refrain from these chairs was how their institutions did not talk with them about their values. “I think some institutions are so desperate to hire chairs that they may not think those value differences are a significant problem. One recommendation both for the person who’s seeking a chair position and for administrators seeking to hire chairs is to talk about values and to make sure there’s a match or if not a match to figure out how to come to a consensus on how to resolve these value differences,” Coppard says.

They also talked about the difficulties of the changes in their relationships with colleagues. “If they were internal candidates, they went from peer to supervisor. Colleagues would try to take advantage of that friendship,” Coppard says.
The time commitment of being a chair was significantly higher than that of a regular faculty member for participants in this study. Each reported that they spent less time with family and friends and pursuing scholarly activities after becoming chair.
Surprisingly, the participants in this study did not talk about the rewards of being chair. “No one said, ‘I get recognition’ or ‘This is rewarding,’ which is interesting. I don’t know if it was because they had less than four years experience and were still caught up in the evolution. It may be a possible area that administrators need to think about. How do we reward chairs?

“I think the rewards are more internal than external—seeing curriculum changes, seeing students graduate, being successful in mentoring new faculty to get a grant. That’s sort of what keeps me in my job. As academicians we like the challenge. When it is still challenging, we might not realize we’re in it for certain rewards, but more like, ‘I’ve got to succeed. I’ve got to make this happen’,” Coppard says.

Reprinted from “Study Identifies 5 Most Helpful Experiences for Moving from Faculty to Department Chair” in Academic Leader 22.8(2006)1,2 © Magna Publications. All rights reserved.