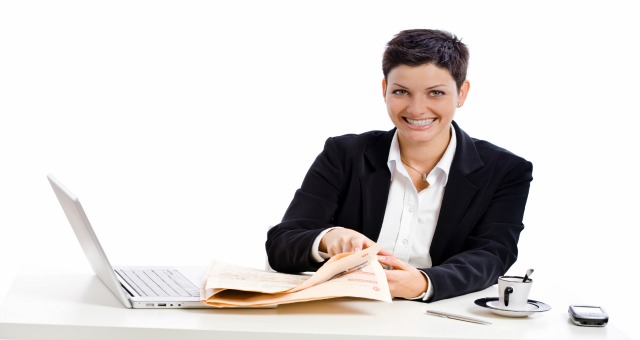 The first six months (or even year) of a position is often called an academic leader’s honeymoon period. People are more likely to overlook an administrator’s mistakes and to cut the person a little bit of slack about taking the institution or program in a new direction. That’s a good thing, because new academic leaders frequently get in their own way by committing five mistakes due to inexperience—at times bringing their honeymoon period to a sudden, inglorious close. Although these five newbie mistakes are most common among academic leaders who are brought in from the outside, a few of them are also committed by those who are new to their jobs within the same institution.

Fixating on your former institution

New academic leaders often develop a bad habit during their interviews: because candidates are asked question after question about what they’ve done at their current institutions, they tend to keep talking about that college or university even after they’ve been hired by another school. While the academic leader may think that discussing “the way we did things back at the old place” or sharing memories of his or her happy times there provides evidence of experience and administrative success, those recollections soon wear thin to those who work at the new school. They come across as indictments and suggest that members of the faculty and administration were more creative there or that the academic leader’s heart still belongs there.

Not giving up your old job

First-time deans sometimes want to keep acting as though they are still chairs of their former departments. First-time provosts sometimes act as though they are still deans of their former colleges. And first-time presidents sometimes try to micromanage academic affairs, development, community relations, or whichever part of the institution was under their former supervision. It’s even worse when the new academic leader tells the person who is actually in their old position, “I know what I’m talking about. I once did your job.” The impression left is that the new academic leader doesn’t really comprehend the full complexity of his or her current job and so keeps trying to do the old one. Newbie academic leaders need to remember that they left that position for a reason. They need to focus on what the challenges are now and let the person who holds their former position apply his or her own creativity to those challenges.

New academic leaders want to make a difference in their jobs. They want to solve problems that they’ve perceived and take advantage of opportunities that they’ve identified. In and of itself, this desire to take effective action is commendable, but what new academic leaders sometimes forget is that people at the new institution already have full-time jobs. In order to do something new, they either have to let go of a responsibility they already have or perform that responsibility with less time and attention to detail.

Too many initiatives from new academic leaders simply distract people from their real work without accomplishing anything of real or lasting value for the institution. The perception then arises that the new academic leader is more interested in building his or her own résumé than in helping those at the institution do their own jobs better. People become cynical about the new strategic plan that’s supposed to take the institution “to the next level of greatness” because that was the unfulfilled promise about the last strategic plan. Failure to consider whether a new initiative is truly worth the time and resources that will have to be assigned to it (and therefore redirected from somewhere else) is a common newbie mistake.

If talking about your previous institution quickly wears thin with colleagues at your new job, that problem becomes even worse when you start hiring your friends from there. It’s a natural tendency to want to work with people you can trust and who have already proven their abilities. You’ll be convinced that they will be able to hit the ground running and make much faster progress than someone would if you have to get to know that person and explain your priorities and operating style. But as tempting as these thoughts may be, they should be resisted at all costs. Few things undermine a new leader’s credibility faster than the perception of cronyism.

Talking too much about your previous institution gives the impression that you don’t respect those who were already working at your new institution; hiring former colleagues proves it. If you’re absolutely convinced that someone you know from your old job is a good fit for your new institution, begin a bona fide search (that you don’t chair yourself) and encourage that person to apply. If you start hiring your friends, particularly without conducting a legitimate search, your honeymoon period is likely to be very short indeed.

Overpromising your boss what can be done

Another natural tendency during interviews is to present yourself as being able to fix all the problems your new boss views as most significant and achieve all the goals that he or she has identified as most desirable. Faculty members do this with chairs, deans do this with provosts, and presidents do this with governing boards. The problem is, however, that you’re then expected to live up to all the promises you’ve made. Particularly when you’re new to a position and thus don’t have a track record of past successes in your current job to compensate for missing a goal or two, you may try to get the people who work for you to make good on the blank checks you’ve written. If all the schools whose administrators have promised to get their units into the top 10 internationally were actually to achieve that goal, it would have to be a very crowded top 10 indeed. The best thing to do, of course, is not to overpromise what you can deliver. But if it’s already too late for that, be sure not to create additional problems by trying to force the faculty and staff in your area to fulfill promises that they knew all along were impossible and that they themselves had far too much good sense to make.
Jeffrey L. Buller is dean of the Harriet L. Wilkes Honors College of Florida Atlantic University and senior partner at ATLAS: Academic Training, Leadership & Assessment Services. His latest book, the second edition of The Essential Academic Dean or Provost: A Comprehensive Desk Reference, is available from Jossey-Bass.