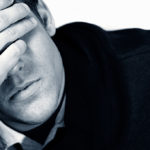 The first six months (or even year) of a position is often called an academic leader’s “honeymoon period.” People are more likely to overlook an administrator’s mistakes and to cut the person a little bit of slack about taking the institution or program in a new direction. That’s a good thing, because new academic leaders frequently get in their own way by committing five mistakes due to inexperience—at times bringing their honeymoon period to a sudden, inglorious close. Although these five newbie mistakes are most common among academic leaders who are brought in from the outside, a few of them are also committed by those who are new to their jobs within the same institution.