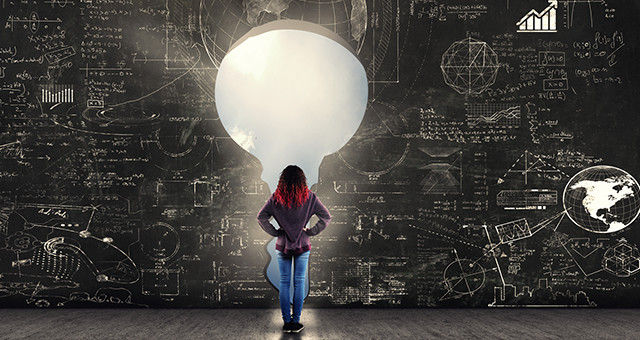 For a little more than a decade, the STEM disciplines (science, technology, engineering, and mathematics) have been enjoying something of a privileged status at American colleges and universities. While enrollments in some other areas are stagnant or declining, they have been rising steadily in many STEM courses. In state systems, investment in faculty, equipment, and facilities often focuses on STEM while other fields go begging. Public figures call for more students to become interested in STEM, often at the same time as they denigrate such disciplines as anthropology, art history, and philosophy.

What accounts for all the positive attention the STEM disciplines have been receiving? The answers are many. First, the severity of the economic recession has caused many students, parents, and politicians to focus on the immediate employability of college graduates. Even if a classicist is as likely as an accountant to find suitable employment within six months of graduation, it is easier for many people to see the connection of business programs to jobs than it is to make that same leap for the liberal arts. “A college of engineering produces engineers,” some may think. “A college of humanities produces . . . what exactly? Secular humanists? Is that a good thing?”

Second, we cannot discount the role of popular culture. The lovable misfits of The Big Bang Theory and the brilliant technicians of the NCIS franchise make the STEM disciplines seem cool. Historians and geographers do not exactly have the same kinds of media role models. Until the whims of popular culture change, STEM is in; the liberal arts and humanities seem a bit passé.

Third, we cannot deny that a certain anti-intellectual trend in American politics has taken its toll. Anti-intellectualism has always been present in American culture. Intellectuals are one type of elite culture, and American democracy has always distrusted elitism. H. L. Mencken’s famous (and famously misquoted) observation about most Americans’ indifference to the life of the mind dates to 1926: “No one in this world, so far as I know—and I have researched the records for years, and employed agents to help me—has ever lost money by underestimating the intelligence of the great masses of the plain people. Nor has anyone ever lost public office thereby.” (The Chicago Tribute, “Notes on Journalism,” September 19, 1926.) Little has changed in the interim except for the acerbity of the rhetoric. Many conservative politicians openly accuse scholars in the humanities and social sciences of promoting a liberal agenda, portraying the study of literature and ideas as likely biased. It is better, many of them assume, to stick with disciplines where right is right, wrong is wrong, and problems have only one solution, not an uncomfortable and ungovernable multitude.

However, there are signs that the pendulum of public support, which for so long has swung sharply towards the STEM disciplines, is beginning to swing the other way, as pendulums always do. For one thing, it is becoming increasingly obvious that the STEM path to employment is no better?and may even be much worse?than that of other academic fields. Ironically, the same political climate that so long distrusted the humanities and social sciences has also proven unwilling to support public funding for the sciences. Major reduction in the budgets of the National Science Foundation and the National Institutes of Health have left many scientists unable to support their labs. Recent graduates with science degrees, even at the doctoral level, often find themselves unable to secure a research position. Even many tenured professors find that they are unable to continue cutting-edge research projects because of the dearth of funding. (See The Yale Daily News, October, 29, 2015, and The Scientist Magazine, January 4, 2016). Students who rushed into studying the STEM disciplines because these fields promised a thriving job market often discover that this market is now saturated; too many of their peers and predecessors also moved into this field, not because they loved it, but because they thought it was their ticket to a job.

Moreover, this problem has been exacerbated by the number of schools that are belatedly jumping on the STEM bandwagon, creating an environment in which more and more universities are trying to compete for fewer and fewer grants. The prestige and financial advantages that come from being a research university (as opposed to the too-often-denigrated term teaching college) are a lure that many institutions?with decreased public funding, underperforming endowments, and widespread resistance to higher tuition?find irresistible. If every school that wants to be in the “Top 100” research universities nationally gets there, it will be a very crowded “Top 100” indeed.

Moreover, the funding that remains available is often subject to the same political pressures as the liberal arts and humanities have experienced. Certain politicians want to fund only scientific research that produces the results they find personally acceptable. Longstanding resistance to stem cell research, based largely on a misunderstanding of how stem cells are actually obtained, is just one example. (The irony that stem cell research has been stigmatized even while the STEM disciplines were celebrated is duly noted.) Now it is increasingly demanded that scientific research be immediately applicable, pay for itself, produce jobs, and not challenge the conservative worldview. As Ohio governor and presidential candidate John Kasich declared, “We’re also saying that it’s not good enough to do research. If you do not commercialize and create jobs, what’s the point? . . . Commercialize. Create jobs. Spin off companies.” (www.politicususa.com/2012/02/08/john-kasich-fail-teleprompters.html) That sentiment does not describe an environment in which bold new ideas are likely to flourish.

However, the most telling indicator I’ve witnessed personally is something that I call STEM fatigue: the weariness that ordinary people seem to experience when so much talk about higher education deals only with the natural sciences and professional fields. As a college dean, I meet frequently with prospective students and their families and talk with them about what they hope their experience at the university will be like. Increasingly, even the students who are interested in the health professions (and every honors dean or director knows that 60 percent or more of incoming high-ability students think they want to become doctors, even though only about 10 percent will have that same desire in two or three years) are asking not just about our science programs but also about our medical humanities track, an opportunity to take all the courses needed to succeed on the MCAT while primarily studying anthropology, art history, philosophy? In short, the liberal arts and social sciences.

Many prospective students are also asking, not about what they should take to get a job, but what they should take to live a full, meaningful life. I probably get more requests for Latin than I get for many other disciplines. People are still interested in STEM; don’t get me wrong. But the number of students who appear to believe that the STEM disciplines are the only worthwhile intellectual pursuit appears to be diminishing. The generation raised on Harry Potter and the Twilight series has reached college age. They are hoping their college will be more like Hogwarts or maybe Forks High School than CSI Miami. And as popular culture changes, so do the political climate, and job prospects change.

Jeffrey L. Buller is dean of the Harriet L. Wilkes Honors College of Florida Atlantic University and senior partner in ATLAS: Academic Training, Leadership & Assessment Services. His latest book, the second edition of The Essential Academic Dean or Provost: A Comprehensive Desk Reference, is available from Jossey-Bass. He is a member of the 2016 board for the Leadership in Higher Education Conference.