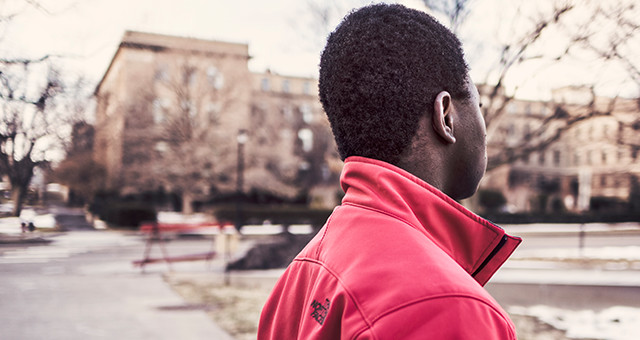 Two months ago, in Fisher v. University of Texas, the United States Supreme Court gave a lukewarm endorsement of the University of Texas’ affirmative action program geared to attracting more students of color. Suffice it to say that the Court’s decision is limited to student admissions and the very specific facts of that case.

Of course, the country is in the midst of an intense national conversation on race and systemic discrimination, and as last year’s turmoil at the University of Missouri made plain, higher education is certainly not immune from this discussion. Facing demands from students and faculty members to address the lack of racial minorities within their faculty ranks, university deans and department heads are struggling to address those concerns while not violating the law (which remains somewhat murky). This article outlines the law regarding the consideration of race in employment and provides straightforward, legally permissible suggestions to enhance diversity.

The Fisher decision in a nutshell

The issue in Fisher was whether the University of Texas’ exceptionally limited use of race in selecting its undergraduate class was constitutional. The Court’s majority ultimately sided with the university, determining that it had articulated a compelling state interest in enacting a race-conscious admissions plan and that the plan was narrowly tailored to achieve that interest. In reaching its conclusion, the Court relied on previous decisions in which colleges and universities were afforded considerable deference to decide who can be a student. As Justice Kennedy, who wrote the majority opinion, noted, “A university is in large part defined by those intangible qualities which are incapable of objective measurement but which make for greatness. Considerable deference is owed to a university in defining those intangible characteristics, like student body diversity, that are central to its identity and educational mission.”

Of course, that deference has limits, namely, “the constitutional promise of equal treatment and dignity.” However, the Court, after conducting a detailed review of Texas’ plan, which it described as sui generis, concluded that the following case-specific facts allowed the plan to pass constitutional muster:

Use of race in the employment context

Fisher avoided any discussion regarding the extent to which race can be used in the employment context, so applying the Fisher ruling to the employment context is a perilous exercise. Suffice it to say that the circumstances justifying consideration of race in employment under federal law and the U.S. Constitution are exceptionally limited (a detailed discussion of those very limited circumstances is beyond the scope of this article). In addition to federal restrictions, it is worth noting that many states have enacted legislation that further restricts the ways in which employers can consider race.

Generally speaking, Title VII of the Civil Rights Act of 1964 bars the consideration of race, ethnicity, gender, or other protected characteristics even as a “contributing factor” in any employment decision. Exceptions include limited circumstances when affirmative consideration of such characteristics is (1) necessary to remedy the present effect of (2) admitted past discrimination and (3) the plan does not “unnecessarily trammel” the rights of nonminority candidates. Such a plan must have a limited duration and must not impose a complete barrier to nonminority advancement.

For instance, in Steelworkers v. Weber, the Supreme Court considered a case involving an apprenticeship training that was provided to African American workers in greater numbers than to their white colleagues as an effort to remedy past intentional discrimination. Because half the apprentice population continued to be nonminority, the affirmative action in support of African Americans did not completely impede the advancement of nonminorities. Based on all of these facts, the Court allowed this limited use of race.

Extrapolating considerations of race in a training program where there was a history of overt racial discrimination to faculty hiring decisions at your school is, however, laden with problems.

Some general points about faculty and staff diversity

So where does this legal landscape leave deans and department heads concerned about both institutional legal obligations and a paucity of diversity within their faculty? For starters, this is an area laden with landmines, and all efforts to improve diversity in the faculty ranks should be vetted through counsel. As a general rule, though, it is far easier to justify diversity efforts at the front end of the employment process (e.g., in outreach and recruitment) than at the final stages of individual hiring or promotion decisions.

With that information as backdrop, here are four straightforward suggestions:

Scott D. Schneider, JD, leads the Higher Education Practice Group and is a partner at Fisher & Phillips, LLP. He regularly blogs at http://www.higheredlawyer.net.