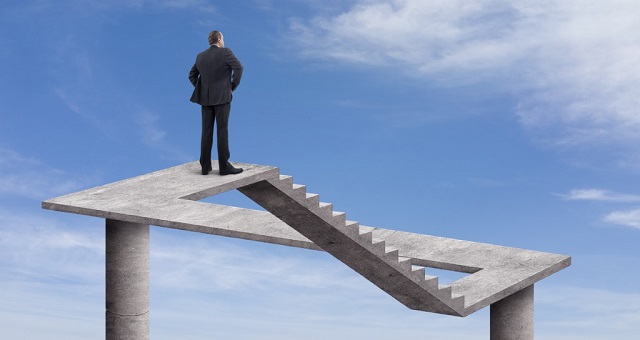 Whose problem is it when there is a perception that the performance of a faculty or staff member has not been satisfactory? Consider, for instance, the following scenario. A chairperson is conducting an annual performance appraisal of a faculty member and says, “Your teaching seems to have been quite good this year, based on both student and peer evaluations. Your research productivity exceeded our institutional expectations. And you served on more than your share of departmental committees, worked with the recommended number of advisees, and even chaired an important search for us. But there’s still this lingering perception out there that you’re just not a team player, that you put your own agenda ahead of the department’s. I’m worried that that’s going to hurt you when you come up for promotion in a few years. I’m not saying that this is my opinion or that it’s even justified; I’m just saying that it’s a common perception.”

Supervisors frequently use language of this sort when they are trying to have it both ways: they want to be seen as strong supporters of employees at the same time they are giving constructive advice on how the employees’ performance could be improved. But attributing concern to a “perception by others” rather than to clear and documented behavior is a cop-out at best, and has potential for a serious legal challenge at worst. It’s a cop-out because the supervisor is obviously trying to say something without actually saying it. It’s cause for a serious legal challenge because what the supervisor is doing is finding fault with the employee because of someone else’s problem. In other words, when the supervisor says, “I’m not saying that’s my opinion or that it’s even justified,” he or she is essentially saying, “Other people here are wrong about you, but I’m expecting you to fix this problem. In fact, you may well suffer negative consequences if you don’t correct the false impressions of others.” The supervisor can thus be regarded as setting the employee up for failure by obliquely threatening punishment for circumstances beyond the employee’s own control, indeed for what appear to be the mistaken impressions of others.

So, what should academic leaders do about “the perception problem”? First, be sure to eliminate use of this expression from your own vocabulary. Supervisors may believe that it’s an effective but face-saving way to alert an employee about potential concerns, but, in fact, it’s simply a poor management practice. An employee will inevitably see through this transparent ruse, and rather than feeling grateful to the supervisor for having offered collegial support, the employee will probably resent the supervisor because he or she didn’t have enough respect to be candid about the issue. Although many performance problems cannot easily be quantified, it’s the duty of a supervisor to base his or her advice and evaluation on specific behaviors, not on vague impressions or subterfuges. Almost all terms of employment in higher education include a probationary period during which the person can be nonrenewed for any reason or for no reason at all. For staff positions, this probationary period frequently extends either six months or a full year in length. For faculty positions, the probationary period usually ends with the granting of tenure, the first multiple-year contract, or entry into the process of rolling contract extensions. (To be sure, tenure is more accurately defined not as the “lifetime job security” it’s commonly thought to be but rather as the obligation of an institution to provide a justification and an institutionally defined due process in case of a dismissal.) If there are vague, indefinable reasons for an employee’s “lack of fit” with an institution, the appropriate time to act on these impressions is during the probationary period, not afterward. Once the probationary period has ended, an institution is obliged to cite specific instances of problematic behavior that must be improved or that are grounds for separation. It can no longer rely on amorphous “perceptions.”

Second, academic leaders should be proactive in eliminating “the perception problem” from the practice of others. If the individual who attributes a problem to “other people’s perception” happens to have a reporting relationship with you, your solution is fairly straightforward. Both as a mentor and as that person’s supervisor, you should advise that person on how he or she can be more effective in evaluating the staff and thus avoid potential grievances. But if the individual is one of your peers or your own boss, the situation can be a bit more challenging. You may need to use all your diplomatic skills and break through the façade of “perception” to arrive at the observable behaviors that the person believes to be causing the problem. If, in the end, he or she can’t offer any specific instances of problematic behavior but remains adamant that the “perception” of other people is the real problem, then you will need to alter your approach. Tactfully suggest that the appropriate way of handling this challenge, then, is not with the employee himself or herself but with those people whose perceptions appear to be flawed. After all, we can’t always control what other people think about us, and if it’s true that the problem really lies in an inaccurate belief, then the solution must begin with those who perceive the situation incorrectly. Any other approach would be tantamount to punishing the victim, no matter how we might attempt to sugarcoat it.

Third, each institution ought to review its procedures for evaluating and mentoring employees in order to make certain that they’re based on legally defensible means of achieving the institution’s most important goals. There’s absolutely no reason why even senior employees or tenured faculty members cannot be reprimanded or dismissed for poor interpersonal skills, a lack of collegiality, or simply an inappropriate “fit” with the evolving needs and environment of the institution. That conclusion must, however, be based on documented instances of behaviors that cause problems, not on something as intangible as a vague “perception.” Particularly in cases where an employee is being dismissed, whatever form of due process the institution provides will inevitably offer the employee an opportunity to dispute or reply to any supervisor’s claim of unsatisfactory performance. It’s in the institution’s best interests, therefore, to have documented cases of problems that were caused or opportunities that were lost because of how the employee acted rather than insubstantial claims of a widespread perception or other such impressions that can’t be tied to explicit behavior.

In conclusion, therefore, while it’s tempting to avoid responsibility for negative assessments by attributing them to the perceptions of others rather than to one’s own judgment, sound academic leadership can never be based on the avoidance of responsibility. The “Perception Problem” often arises from a misguided desire to spare an employee’s feelings, which ends up causing far more problems than it prevents. If you can’t replace the phrase “There’s an impression out there that …” with “It’s my professional judgment that…,” you’re probably on the verge of making an observation you shouldn’t really be making anyway.

Reprinted from “The Perception Problem” in Academic Leader 26.4(2010)1,2 © Magna Publications. All rights reserved.