When Colleagues Are Brats 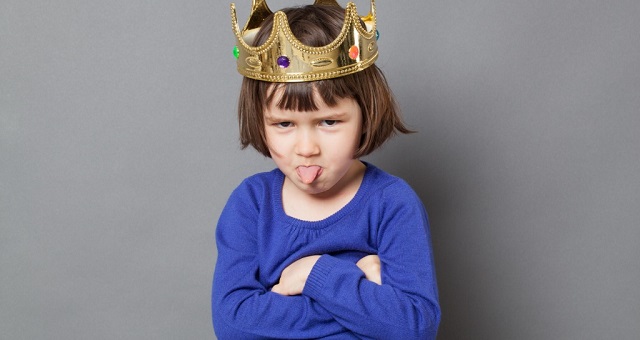 Have you ever left a meeting in which you were trying to work with some colleagues on aligning the curriculum for a course that several of you teach, and decided that the best (printable) word to describe a colleague was “brat?” Does it seem like there is someone in your work environment who has a chronically poor attitude?

Recently, when talking with another professor about challenging students, we noticed some similarities between some of the student behaviors we were discussing and some behaviors we had observed in colleagues over the years. After all, aren’t professors former children who are now in educated, big-people bodies? Professors enter higher education with baggage from their childhood, just as people do in other professions. Some may not be a delight to be around, are impulsive, and have difficulty delaying having their needs met. Others behave like the school bully, have tantrums, and can be verbally cruel when angry. A third group may exhibit much excuse-making and avoidant behaviors, and seldom complete work in a timely manner. They tend to be off-task, late to meetings, unprepared, or forgetful of the meeting’s agenda.

Challenging adults can be characterized as follows:

Aligning course curriculum or collaborating over a new instructional initiative becomes even more difficult when you enter the meeting and see that “Chicken Little” is there, and you immediately become tense. Here are several tips you can try.

Tip One:  Stop the name-calling. The more you think of the person in terms of a negative label, the more you’ll observe behaviors that confirm your negative characterization of the individual. Instead, try saying to yourself, “He is really struggling today.” It’s amazing how you will think differently about the person if you believe he is acting a certain way because he is struggling or hurting and isn’t just being difficult in order to ruin your day. Professors struggle and hurt too. You may become less annoyed and more compassionate toward the individual if you “think differently” about him or her.

Tip Two:  Use rational detachment. The Crisis Prevention Institute defines “rational detachment” as “the ability to stay calm and in control—to maintain your professionalism—even in a crisis moment. It means not taking things personally—even button-pushing comments that attack your appearance, race, gender, or competence.” You can’t control what words come out of another’s mouth, but you can control how you respond to the comments. You can use self-talk to keep from letting yourself become angry. Tell yourself, “I choose to stay calm and in control”(www.crisisprevention.com/store/pamphlets/hspamphlets.html). At times, individuals may say things to get a predictable reaction from you. Don’t reinforce that behavior by giving them the reaction they’re seeking. Remain rationally detached from the situation as though you are a third party observing the meeting.

Tip Three:  Use cognitive restructuring. Since your colleagues have had a number of years to become the way they are, it’s unlikely you will effect a huge change in their behaviors. Instead, you will have to change your responses to their behaviors. You can recognize what thoughts and attitudes you have that cause you stress and physical symptoms. Your reaction to a colleague is influenced by positive or negative thoughts. If you tell yourself that your colleagues truly believe that their proposals are motivated by what’s best for students, you may listen more attentively to find the jewel behind the suggestion. In contrast, if you walk into the meeting saying that it will be a waste of your valuable time, you probably won’t be disappointed. I remember a staff person who used to walk into meetings saying she would leave with a headache. Sure enough, she did! Cognitive restructuring can help us manage our negative thoughts and how we feel.

Tip Four:  Choose your battles. You can decide during each and every interaction whether the issue is important enough to go to battle over at this very moment—or at all. Sometimes we find ourselves getting stuck in an interaction that later we can recognize was really trivial. If you had been in a better mood, would you really have labored the point for 15 minutes, or would you have let it go? In the grand scheme of things, is this a truly important decision with huge consequences? Maybe a cooling-off period will help everyone approach the decision differently.

Tip Five:  Smile and laugh. It’s amazing how a “group laugh” will help you move past some difficult sticking spot in your curriculum negotiations. When the drama becomes too overpowering and you seem to be losing perspective, lighten up! Will a sense of humor pave the way to a resolution? There are some really serious things in this world, like child abuse and death. How important is your issue now?  Keep things in perspective.

Tip Six: Celebrate your successes. When you have a successful meeting or interaction, acknowledge it, and use it as an opportunity to build some positive relations to help out when the next difficult situation occurs. Use every possible opportunity to build positive relations with the most difficult colleague in the room. Give specific feedback about what contributed to the meeting’s success when giving your summary of the action plan. Let’s demonstrate the same patience and understanding with our peers as we do with our students.

Remember, people’s negative behavior really isn’t about you; it’s about them. So don’t be too hard on yourself if you don’t handle the situation well. Don’t worry; your colleagues will give you another opportunity to develop your skills. Each of us can continue to learn new ways to manage difficult situations for the sake of our students. Navigating rough waters with colleagues will give our students the best faculty and programs they deserve. The interpersonal skills you refine will make the working environment more pleasant for everyone. The only person you can truly control is yourself; so take charge.

Jacqueline Waggoner  is an assistant professor of education at the University of Portland.

Reprinted from “When Colleagues Are Brats” in Academic Leader 21.8(2005)3,5 © Magna Publications. All rights reserved.