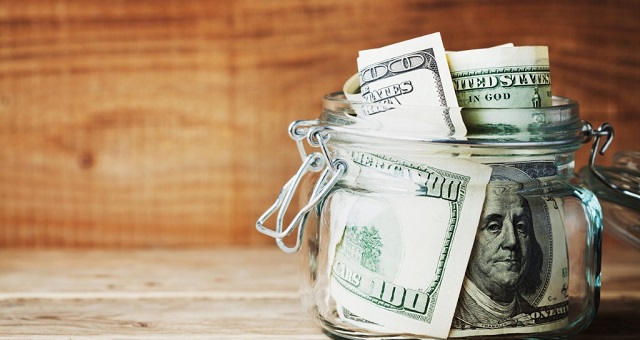 Undoubtedly, the way in which higher education is funded has changed significantly in recent years. One study done by The Chronicle of Higher Education demonstrated a steady decrease from 1987 to 2014 in how much of a public university’s budget was provided by the state. Although only 25 years ago public funding often amounted to half or more of the funding at many state universities, that funding has now dropped to roughly one-fifth of the budget at these schools. Those figures confirm reports published by the American Council on Education and the American Academy of Arts and Sciences (see links to data below).

Private universities haven’t fared much better. The recession that began in 2007 is still having a dramatic effect on endowment funds and rates of new giving. Caution about market volatility has made many schools reduce their annual draw on endowments to less than 4 percent. Public resistance to high tuition costs has made many trustees reluctant to compensate for these decreases by raising fees. Moreover, widespread reports of billion-dollar endowments at a few universities have led many potential donors to assume that no private college or university, including those that are almost exclusively tuition-driven, really needs their contributions.

These trends have affected the presidencies of American institutions of higher education. Whereas a significant proportion of presidents and chancellors once rose from the professorial ranks or were public intellectuals, today an increasing number of them have risen from positions in development, community engagement, or corporate relations. Others are political appointees with little experience in higher education aside from their own days as a student. This new cohort of university presidents is expected to act like rainmakers who can secure the school’s budget, not scholars or visionaries who can secure the school’s reputation.

The result may well be short-term gains at the expense of long-term losses. Here’s why. Rainmakers do initially improve the bottom line. Their contacts and, in many cases, experience in the techniques of raising money frequently bring an influx in new investment in the college or university. The endowment builds, annual giving increases, and corporate liaisons expand. New presidents often have a honeymoon period, particularly if the previous occupant of the office left after a troubled tenure, which prompts an increase in external funding. The goal of hiring the new president appears to have been achieved.

That initial burst of funding, though, is rarely sustainable. In time, the president’s list of contacts becomes dated. Different politicians are elected, and different corporate executives occupy the corner offices. Even worse, there can be a public backlash against how focused on fundraising the no-longer-new president has turned out to be. People hear about the institution mostly when it’s asking for money. The college or university stops seeming visionary, a place where dreams come true, and starts seeming mercenary, a place where appeals for more money come regularly.

A school’s reputation as Mercenary U causes confusion and dismay among the very public needed to support the school. Many of the same presidents who came to their positions with expectations that they’d serve as fund-raisers claim that the college or university needs to be run more like a business and become more “customer friendly” to its primary stakeholders, the students, but fundraising while trying to run the school like a business sends a very mixed message. Apple, BMW, and Amazon are happy to sell you their products, but you’d probably think it strange if they’d ask you for a donation to help improve their profitability. The United Way, the Salvation Army, and St. Jude’s Children’s Hospital are worthy causes, but you might find it odd if they started manufacturing and selling big-screen TVs.

Neither Mercenary U nor College, Inc., is an adequate or appropriate image for the role that higher education needs to play in society. We can have a long and very productive discussion about whether the first priority of a college or university should be making students employable, producing an educated citizenry, discovering new knowledge, or something else entirely, but none of those goals is at the heart of either Apple or the United Way. The fact of the matter is that institutions of higher education are unique entities with a unique mission and organizational culture. Trying to make them more like something else only further distracts them from the things they do well.

Mercenary U is the result of allowing the budget, not the mission, to drive the school’s planning and decision making. It is probably hoping too much that the search committees for the next generation of college presidents will start taking a long-term view of what will help the school and its stakeholders in the decades to come and stop focusing so exclusively on the bottom line. As academic leaders we can take an active role in why colleges and universities shouldn’t always be viewed as having their hands out and their ad campaigns up. If we don’t, we’ll probably all soon be working at Mercenary U.

Reprinted from “Mercenary U” in Academic Leader 33.1(2017)1,2 © Magna Publications. All rights reserved.