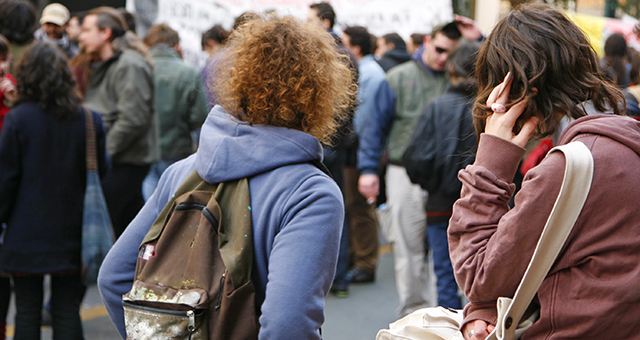 As the NFL ponders restricting National Anthem protests, many educational institutions are considering restricting student protests as well. When evaluating whether to restrict protests on your campus there are several factors that should be considered.

The First Amendment applies only to public institutions.

Private institutions are not bound by the First Amendment and retain a greater ability to regulate speech, including speech deemed offensive or upsetting. Private schools are only bound by assurances they have given as a matter of contract.

The right of students to express themselves was at issue in Tinker v. Des Moines Independent School District (U.S. 1969). In Tinker, the Supreme Court reaffirmed and clarified the First Amendment rights of public school students when the school suspended several students for protesting the Vietnam War by wearing black arm bands. The students challenged their suspensions and the Supreme Court held their political expression was protected speech under the First Amendment.

Tinker also established that schools may restrict speech if it “materially and substantially interfere(s) with the requirements of appropriate discipline in the operations of the school.”  Other cases have clarified that schools need not wait until disruption occurs but they must have “reason to anticipate” a substantial disruption, as opposed to simply “an urgent wish to avoid controversy which might result from the expression.”

Courts have repeatedly held that First Amendment protections should apply on public college and university campuses. In  Healy v. James (U.S. 1972), the Court specifically mentioned the importance of First Amendment protections on college campuses when it stated “[t]he College classroom with its surrounding environs is peculiarly the ‘marketplace of ideas,’ and we break no new constitutional ground in reaffirming this Nation’s dedication to safeguarding academic freedom.”

Is the regulation of speech viewpoint neutral?

As a general matter, viewpoint discrimination is subject to strict scrutiny and, therefore, almost always unconstitutional. When the imposition of government authority is based on the content of the speech, such “[r]egulations which permit the Government to discriminate on the basis of the content of the message cannot be tolerated under the First Amendment.” Regan v. Time, Inc., 468 U.S. 641 (1984).

However, institutions may restrict speech based on viewpoint under certain circumstances. In Tinker, the Court held the administrators must demonstrate facts that might reasonably lead them to forecast “a substantial disruption of or material interference with school activities” before regulating a particular form of expression. If Tinker’s standard requiring a substantial disruption is met, an institution may regulate speech on the basis of the viewpoint.

If students engage in protests will they be subject to discipline?

In West Virginia State Board of Education v. Barnette (U.S. 1943), the U.S. Supreme Court held that a school would violate the free-speech rights of a student, a Jehovah’s Witness, if it forced the student to recite the Pledge of Allegiance or face expulsion. The Supreme Court concluded that government officials are forbidden under the Constitution to compel or coerce students to salute the national flag or recite the Pledge of Allegiance. “We think the action of the local authorities in compelling the flag salute and pledge transcends constitutional limitations on their power and invades the sphere of intellect and spirit which it is the purpose of the First Amendment to our Constitution to reserve from all official control,” wrote Justice Robert Jackson. The Court determined the student could not be disciplined for exercising his rights under the Frist Amendment.

What this means to you:

The First Amendment requires public colleges and universities to narrowly tailor any response to speech to be content neutral and meet a compelling state interest. Administrators considering campus speech policies should consult with a higher education attorney to ensure such policies comply with free-speech rights.