A Few Thoughts for the New Chief Academic Officer 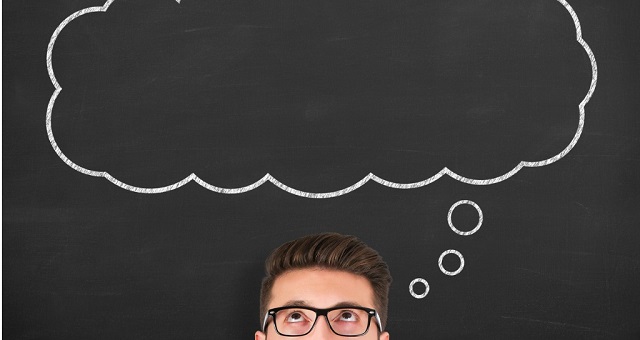 New chief academic officers come to the job from a variety of backgrounds—faculty, deanships, or other administrative jobs. They come with widely varying expectations and assumptions about the CAO role, including ideas that bear little relation to the reality they encounter.

After a number of years as CAO of a small southeastern college, I was asked to participate in the Council of Independent Colleges’ workshop for new CAOs. The organizers asked if I would lead group discussions on the theme of “Surviving and Thriving as a New CAO.” I agreed, though I warned the organizers that while I could speak as one who had survived (so far), thriving is always an aspiration. In some ways, thriving as CAO is a bit like someone who takes the stage and announces that she’s a comedian, only to be told by an audience member, “We’ll be the judge of that.”

Here are some of the thoughts I shared with the new CAOs. Far from an instructional manual—as if there could be such a thing—these are simply reports from the front.

You will be criticized, justifiably or not. You will be blamed for things you do and for things done by others. You will work with unreasonable people, some of whom will remind you of yourself at an earlier stage in your career. You will realize that while your job is never boring, sometimes boring would be nice.

If you didn’t come to the job with a reasonably thick skin, grow one—quickly. You will make some people unhappy and if you take everything—all of the criticism, the comments (said or whispered) personally, you’ll be both bitter and ineffective. Harry Truman’s maxim about life in Washington, “If you want a friend, get a dog,” is a bit too strong for a CAO… but perhaps: “If you need constant approval, you won’t be able to do what needs to be done” will help you survive.

In my current position, I followed an extraordinarily popular and effective dean. Faculty and students had proclaimed her “dean forever.” After an early faculty meeting where I introduced an initiative to look at the faculty evaluation system, one long-time faculty member came up to me, smiled and said: “I just can’t wait to get back to a real dean.” Years later, I enjoy a good relationship with that faculty member—and we have a new, faculty-developed evaluation system.

Well, not really. Some may think that’s what you’ve become and we’ve all heard the line about “crossing over to the dark side,” but that’s too strong. There is an important point, here, and it’s related to point #1: If you come to the CAO position from the faculty, realize that you are no longer one of the faculty, or not just one of the faculty.

While CAOs may and hopefully will make friends with faculty members, it is always on a different basis than when you were “one of them.” Much like the president, what you say (and don’t say), what you do (and don’t do), what you wear (and don’t wear) will be observed, analyzed, dissected, deconstructed, and reconstructed in forms you will not recognize. This happens with faculty-to-faculty friendships as well but the terms and stakes are very different.

In my first year as CAO, some senior faculty believed they were not getting adequate attention from me. I had reached out to some but, having come from a faculty position, I probably did gravitate more toward faculty my own age, at least at first. My very wise president at that time gave me good, constructive counsel, and I took corrective steps. This sort of relationship-building is always a work in progress but things seem to have improved. (I know, I know, I can hear the voices: “We’ll be the judge of that!”)

3. If you listen to both sides of an issue you’re missing all of the others.

No doubt, most if not all CAOs are met with requests that they act on one or another matter as soon as they accept the position—or even beforehand, during the interview. It’s natural for people to think that the first one in the door (or in the email inbox) will prevail, especially if the decision in question is one that your predecessor left unfinished.

Wait until you are settled in, and then don’t act on the first or last thing you hear. The old chestnut from your interview about “wanting to learn more about the culture of your new institution before making significant changes” is, like many clichés of administrative life, a cliché because it reflects sound practice. Part of learning about your new institution is learning the complexity of its relationships, structural features, challenges, opportunities—and minefields. Take the time to listen and learn. Listen for what is said and especially for what is not said before you act.

Immediately after I accepted my current position, while I was hundreds of miles and months away from my new posting, I received an email from a faculty member offering to take over another department and consolidate that department with his own, thereby saving me from having to deal with a troublesome situation. I thanked him for his offer…but declined for the time being. After taking the time to come to know the parties involved, I decided to rebuild the troubled department rather than eliminate it. The result is that what was one of the more dysfunctional departments on campus has become one of our star performers.

4. Was that my honeymoon?

A corollary to #3: While it is good to listen and learn before you act, you do need to act. Most colleges and universities aren’t looking for a new CAO just to continue whatever was done by the previous CAO. Your window of opportunity—your honeymoon—will vary according to the circumstances of your institution and those of your hire, but it will be shorter than you imagine. If you are brought in during or following serious governance conflicts, or you are facing the worst effects of our economic meltdown, your honeymoon may be shorter than a New York minute.

Once you have a sense of your new place, work with the president and faculty leadership to establish strategic priorities for you and for the academic area (incorporating whatever priorities you inherited), with time frames ranging from the very near-term to whatever outside time-frame is appropriate to your president’s and your institution’s strategic plans. Work with the president to plan for some early “wins” that will help you build good will with the faculty. You’ll need it down the road.

In arriving at my current position, I discovered that the institution had been trying to solve academic calendar issues for a decade, with numerous committees formed and reports filed, and that not solving the issues had stymied curricular review. I worked with the faculty to establish a strategic review process, gaining some credibility by naming the task force the “Final Calendar Review Committee,” (long-time faculty members got the joke), and by the end of the first year we had begun to implement a new calendar. It wasn’t easy and the result was far from perfect, but it did get the change process started.

5. If you don’t have a billion-dollar budget, you can’t build around every problem.

The gains are short-term, though. Unless you have nearly unlimited resources—unless you are an Ivy or Giant Public U. in the late 1960s—you can’t just build around a problem and hope the problem goes away. In the post-economic meltdown era, building around a problem is nothing but a faint memory for most of us.

It may take more time and planning, especially in those difficult personnel cases with legal and governance implications, but you need to reach out to those who appear unwilling or unable to work with you. Trouble delayed or denied almost never is trouble diminished.

After coming to know the faculty and deans at my college, I worked with them to establish the principle that the most important tenure decision is made at the hire. Search committees redoubled their scrutiny of candidates, looking for the best possible person. In addition, I worked with the deans to establish a goal of no negative tenure decisions. This wasn’t because we were abandoning standards and tenuring everyone; we focused on tightening the pre-tenure review practices and engaging in energetic counseling for probationary faculty experiencing difficulty. For those unable or unwilling to take corrective action, we worked to help them see the probable trajectory of a bid for tenure. Again, the results are not perfect but they have helped to avoid creating problems everyone comes to regret.

The academic program is the heart of the institution. You cannot survive—let alone thrive—without feeding that heart. This means resources, of course, but it means much more than that. There is never enough money in higher education: no matter how much you have, needs expand to meet and then exceed your resources. There is never enough time: there’s always more to do, and if you ever begin to think otherwise, think again and then give your regional accreditor a call to let them know that you don’t have any more improvements to make.

Beyond resources, though, feeding the heart is a matter of openly, repeatedly championing the ideals and the everyday life of the academic enterprise. Believing in the value of what we do and in the good work of our faculty and students is essential to success. One need not be blind to weaknesses and failures—in fact, one cannot afford to be ignorant of these—but being the chief academic officer needs to include being the CAA—the chief academic advocate. I believe that one cannot lead an academic program except from the front, and that means being an open, earnest advocate—even a cheerleader—for the many different ways that the mysterious faculty-student chemistry produces that perpetual beginner, the liberally educated person.

There are so many ways to do this, including promoting the importance of endowed faculty development funds in fundraising efforts, creating avenues outside the institution to publicize the professional accomplishments of faculty and students, championing funding for undergraduate research, and so on. I began with a simple step: with the enthusiastic cooperation of the trustees, I created an “Academic Spotlight” feature at the beginning of each trustee academic affairs meeting, where one faculty member, or one program, or a student-faculty research team has 10 minutes to tell the story of a recent success. The result has been a real education for the trustees and encouragement for faculty and students.

I can’t count the number of times I’ve had faculty members (and other administrators) say to me, “I wouldn’t have your job for any amount of money.” Fortunately and so far, for the most part that has been the tag line to an expression of appreciation or at least sympathy for having made a difficult decision, or after seeing the light on in my office at all hours. There’s truth in there, however: it is or at least can be a difficult job, with pressure on all sides. Unless you have one of our former vice president’s “man-sized safes” somewhere in your office, you are going to need to get away.

It’s tempting and ego-stroking to think that you just can’t do it, that the college can’t survive without you, etc. Don’t believe it. Consider the 1976 doctor’s strike in Los Angeles. Urban legends tell us that the mortality rate went down 18 percent. The truth is more complex: there were many fewer surgeries and so fewer deaths, as is to be expected. The best judgment is that the strike had no real impact on the overall death rate, however.

Jeffrey H. Barker is vice president for academic affairs and dean of the College of Arts and Sciences at Converse College, in Spartanburg, South Carolina.