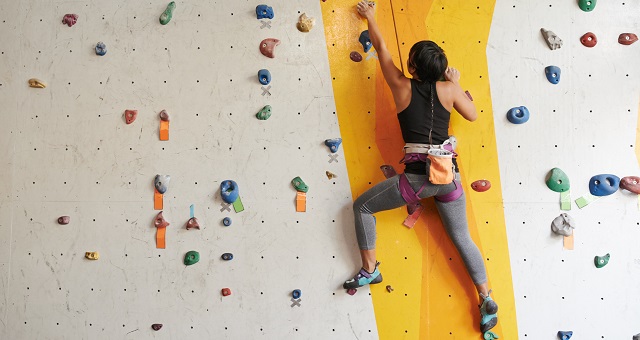 The start of a new year seems like a good time to scan the higher education landscape and identify a few of the issues that academic leaders will need to deal with in the months ahead. To be sure, all of us will have our own set of issues at our home institutions, and others may identify the current year’s most critical issues differently. But here are my nominees for the top three current challenges in higher education leadership today.

The debate about what college is for is certainly not new. Although the debate between the ancients and the moderns had its origin in a disagreement over which languages educated people should study and which books they should read, it soon developed at colleges and universities into a disagreement between whether education should be about learning for its own sake or about learning how to do something practical, useful, and immediately applicable. The Morrill Land-Grant Acts of 1862 and 1890, which required the universities it spawned to have programs in “agriculture and the mechanical arts,” were soon followed by the reforms of A. Lawrence Lowell, Alexander Meiklejohn, Robert Hutchins, and others that led to the widespread adoption of general education requirements to ensure that colleges produced graduates who were well rounded as well as employable.

What’s new, however, is the stridency with which both sides in this debate frequently try to make their case. Legislators propose bills to defund the arts, humanities, and any other program that’s not STEM- or career-related; faculty members sometimes counter that a university education isn’t about making students employable at all. The challenge for academic leaders is that this entire issue rests on a false dichotomy that education must be about producing either an educated workforce or an educated citizenry, but not both. We’re talking past one another. College can be about both how to do well in life and how to do good in life. Its rewards can be tangible and financial as well as intangible and cultural. Students shouldn’t have to choose. And so the challenge for academic leaders is to articulate how the goals of one side in this debate aren’t just compatible with but are also inseparable from the goals of the other. Academic leaders need to spend their time pouring oil on the waters of this debate instead of adding gasoline to the fire.

The cost of a college education is high, and far too many students struggle to pay off student loan debt after they graduate. Within the academy, we understand all the reasons that led to this increase: the decline in state support for public institutions; the demand by students for access to facilities and equipment that require a large initial investment and an even larger investment to maintain; the expanding bureaucracy needed to track the ever-increasing amounts of data demanded (ironically) by the very bodies that have simultaneously decreased funding and complained about rising tuitions; poor administrative mathematics in which we excel at adding things and fail miserably at subtracting them; athletic programs that help the bottom lines of very few institutions but add staggering costs to the bottom lines of the vast majority of them (see www.acenet.edu/news-room/Pages/Myth-College-Sports-Are-a-Cash-Cow2.aspx and www.al.com/sports/index.ssf/2014/08/ncaa_study_finds_all_but_20_fb.html); and a widespread diversion of funding from instruction to research that, like athletics, is often expected to generate a net profit but frequently does not.

Certainly, academic leaders don’t control all these factors, but we do control a number of them. As a result, we need to provide a clearer voice of reason in explaining that not every college needs to become a university, not every university needs to become a research university, and not every research university needs to become a “Research I” university—a term so outdated that the very body that originated it hasn’t used the term since 1994. (See carnegieclassifications.iu.edu/resources/faqs.php.) We need to remember that while some students wouldn’t consider their college experience to be complete without an active intercollegiate athletic program, others would prefer to see those resources directed to improved academic spaces and an expansion of the faculty.

The average salary of the 121 head coaches of the National Collegiate Athletic Association football divisions in 2015 was $2,007,502 (an average calculated from sports.usatoday.com/ncaa/salaries/), which could have provided each institution with about 29 entry-level assistant professors (using the average salary for all disciplines appearing at www.higheredjobs.com/salary/salaryDisplay.cfm?SurveyID=32), and that doesn’t even include the cost of additional athletic staff, equipment, and facilities. But it isn’t merely the way in which other units of the university spend their funding that we need to examine closely. We also need to resist our own urges to add another associate dean or vice provost in order to meet our increasing workload. And we need to stop launching initiatives that address our own personal priorities and build our CVs, while diverting members of the faculty and staff from teaching, research, and service.

Like the goal of producing an educated workforce and an educated citizenry, higher education’s goals of protecting academic freedom and freedom of speech aren’t inconsistent with its goal of protecting the vulnerable from the aggressions of the callous, the cruel, or the inconsiderate. Colleges and universities are at their best when they encourage collegial but candid debate. Codes that impose sanctions for hate speech don’t violate an individual’s free exchange of ideas any more than laws against battery violate an individual’s freedom of movement. If anything, they help reinforce the notion that in an educated society it’s one thing to critique someone’s ideas and something else entirely to attack someone’s identity. If faculty members elect to provide their classes with trigger warnings, they’re not coddling their students (as a number of pundits have recently alleged), they’re merely providing advance notice that the material about to be discussed could resonate differently for those with different life experiences. It’s the academic equivalent of a pilot alerting passengers that there’s turbulence ahead; it’s far better to know and be prepared than to be surprised by an experience that some passengers may find more upsetting than others do.

In general, academic leaders in this election year can provide a much-needed counterbalance to the pundits who confuse shouting an opinion with making an argument, repeating something they heard with researching the facts, and insulting those who believe differently than they do by saying their beliefs are unfounded. We can’t be too optimistic that we’ll be successful in providing this alternative view. We often lack the platforms and pulpits of those who are commonly quoted by the media. But if we succeed in offering even a bit more light than heat in addressing our current challenges in higher education, we’ll have made a valuable contribution in the coming year.