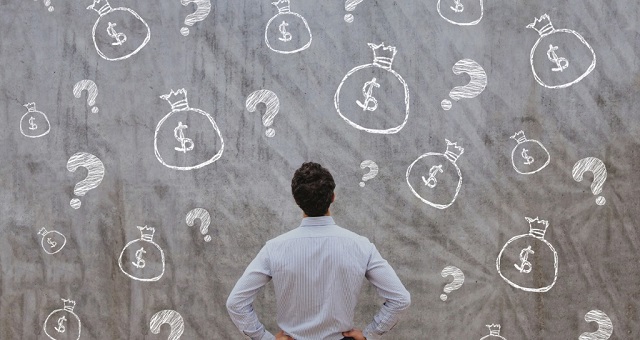 There is something uncomfortable about bringing the topic of money into a conversation about how to best serve our college and university students while preserving the values, integrity, and relevance of our higher education institutions. However, there is virtually nothing we do in the realm of education that does not have a real cost associated with it. Thus, the balance sheet does have a place at the table, especially in recent years as endowment growth has been suppressed by diminished giving and low interest rates, state support has been reduced, and tuition resistance or caps have emerged. Add to this picture the decrease in federal funding for research, and we have compromised all the main income streams upon which our colleges and universities have traditionally depended to advance their missions in serving students in the best way. The question is how do we garner, in challenging fiscal circumstances, the resources necessary to serve our students in a changing world that expects new skills of our graduates?

Since the recent recession, many of our colleges and universities have been quietly struggling to keep things afloat while they await better times. In reality, we were headed for the present state of affairs—lower state support and pushback on substantial tuition hikes—before the recession, an event that just created a dire situation sooner. To expect to return to the previous environment when we have finally shaken off the effects of the 2008 economic calamity is probably not realistic. In the meantime, while many institutions have been cutting back here and there to reduce costs or to set some dollars aside, others are boldly investing in programs that will position them well for the future needs of students who will be part of the revamped economy. This is not a time for hibernation but rather a time for calculated risk-taking.

Before moving to strategies to be competitive for new resources, let’s consider the potential sources of these new funds. While there is no known hard data to support this, it seems that our institutions have reserve (rainy day) funds, many of which can be surprisingly substantial. Those institutions referred to above as “boldly investing” illustrate this point. These funds are held at higher levels of the institution and, because they are managed by good stewards of our resources, are set aside to cover future expenses incurred due to the poor economy or to invest in ideas that move the institution forward.

A second possible source of new funds comes through reallocation. Across-the-board budget reductions produce revenue but diminish program quality overall. Rather than horizontal downsizing, there are now movements to vertically restructure our institutions by combining units and eliminating programs, departments, and even schools. The recent appearance of webinars and conferences on prioritizing programs for elimination illustrate the prevalence of such restructurings. These are very serious changes and can radically impact institutional values and cultures that have evolved over a long period of time. On the other hand, most deans will say privately that they have programs/departments that require significant subsidization by others. The ability of the strong to carry the weak (based on income generated and not necessarily quality) is finite. Regardless of how the “new” funding was derived, those resources will be allocated only for requests that promise a positive balance sheet and institutional visibility.

Initiatives in higher education that may seem worthy of investment are those that represent emerging areas of interest and that have the potential to quickly generate dependable income streams that come in the form of tuition revenue. This can mean new academic programs that will attract new students while providing gateways to graduate and professional opportunities or satisfying workforce demand.

Because of the complexity of the issues facing society today, solutions are most likely to come from teams of individuals with varied educational backgrounds, making interdisciplinary degrees a real asset. Furthermore, working collaboratively in teams is a desired experience that employers value in their employees. If chosen correctly, new programs of this kind can be launched quickly (relative to the higher education clock).

Let’s assume that two academic departments have an idea to create an innovative, interdisciplinary program that has the potential to draw significant new enrollment. In order to attract the attention of those who hold the resources, there would need to be an academic justification along with compelling data demonstrating that it would be revenue-positive. The new program should be forward-looking, likely to be at the forefront for the foreseeable future, and not otherwise available regionally.

The first step on the fiscal side is for the chairs of the collaborating departments to identify the resources required to create the program and sustain it over time (faculty and/or staff lines, equipment, supplies, space, renovations). Included would be in-kind support already available, such as existing coursework (this will reduce the time to implementation as well as costs) that could be used in its present or a slightly modified form, equipment that could be shared, partial faculty or staff reallocation to the new enterprise, and other local resources. At the end of this exercise, the chairs should have an accurately and honestly prepared cost estimate for the launching of the program and its steady-state cost thereafter.

The calculations for costs should be routine for chairs because they have a rough idea of the salary, fringe and start-up costs for new faculty and other personnel, and have the disciplinary expertise to anticipate equipment (both new and used) and supply costs. Doing the same on the revenue side is not as straightforward for two major reasons. The first is variability in the transparency of the budgeting processes used in our colleges and universities. At one extreme, we have institutions where tuition is paid by the credit hour and where responsibility centered management (RCM) is the budgeting model; at the other end of the spectrum, we have institutions that have set tuition for a wide range of credit hours and historically based budgeting that may have little relationship to income generated.

For those without RCM but with flat tuition, using 30 credits (or the equivalent) per one year of tuition as a model while incrementing each 30 credits (year) by the average tuition increase (don’t forget fees) should generate an accurate estimate. From there, the chairs can calculate the income that their departments have generated as a result of the program (e.g., 10 credits of income for department A, 15 credits of income for department B, etc.). This type of calculation is particularly important in cases where continuing support for the program is being negotiated. It is worth mentioning that similar approaches to calculating cost and revenue can be used when seeking support to expand existing and oversubscribed programs and for programs designed to increase student retention.

The second requirement for an accurate revenue forecast is the number of new students expected to enter the program. While this is impossible to predict with absolute precision, the chairs of the departments could use data on student inquiries for such a program, the enrollment trends in existing courses that would be components of the new curriculum, surveys of students presently enrolled in the departments, independently determined employer needs for individuals with the degree proposed, and program relevance to graduate and professional school opportunities. Finally, the chairs should gather enrollment data from other institutions offering similar programs in similar circumstances (institution type, environment, population, nearness of competition, etc.) as part of the case they are building. New programs may draw a good number of majors from existing programs (e.g., the collaborating departments) in the institution. It is the number of new students that will drive the fiscal argument.

Finally, if such a program is chosen for funding, the departments and the institution should highlight it in all aspects of their marketing campaigns (websites, press releases, alumni mailings, student recruitment pieces, etc.). For new programs focusing on student retention, their positive impacts on persistence should receive similar attention because they represent the institution’s commitment to student success, a concept that will not be lost on students and their families.

The overall recommendation here is that our colleges and universities be bold in their efforts to create new avenues for their students even in difficult times while taking care to ensure that new initiatives generate a positive balance sheet.

N. Douglas Lees is a professor of biology and the associate dean for planning and finance at Indiana University–Purdue University Indianapolis.