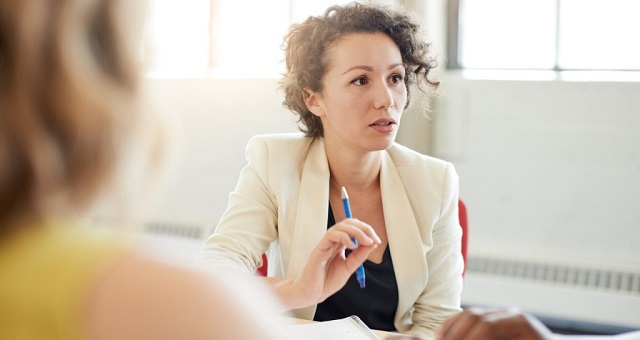 It’s difficult enough to tell your supervisor something that he or she doesn’t want to hear when the two of you have a good relationship. But what do you do when there are personality conflicts or a history of mistrust between you? How would you like unpleasant news to be conveyed to you when the faculty member giving you that information is someone you have misgivings about, little confidence in, or a troubled past with? These situations are not uncommon in higher education. We all have times when we need to tell our boss something that he or she doesn’t want to hear. Perhaps a program particularly important to your supervisor is about to be eliminated by the faculty. Maybe an unforeseeable problem is causing you to go far over budget. Or maybe you simply don’t agree with a stance that he or she has taken. When you’re in a situation like this, you don’t want to be dismissed as a failure, a mere complainer, or someone who’s bent on stirring up trouble. On the other hand, the administrator who receives these unpleasant tidings may have trouble distinguishing between discomfort with the message and distaste for the messenger.

Examine your own motives

When speaking truth to power, it’s always important to take a close look at your own motives candidly and objectively. Is this information that the other person really needs to hear, or are you just tattling because you know it will make that person uncomfortable? Are you trying to keep your supervisor from being blindsided, or is this merely the next volley in an ongoing battle between the two of you? It’s easy to deceive ourselves in these situations and attribute purity of intention to an action that actually stems from our desire to embarrass or annoy a person with whom we have a strained relationship. Doing so, however, is more likely to make working with the other person even more problematic in the future without accomplishing anything of lasting benefit to the institution. Unless you can honestly say that you’re providing this bad news with the best of intentions, it’s probably better to let the matter go.

Of course, convincing your supervisor that you don’t have any ulterior motives is easier when you can document what you’re saying. After going to all the trouble of bringing an unpleasant subject to your boss’s attention, you don’t want to be ignored because it appears that you’re just spreading malicious rumors or trying to cause problems. Evidence—probably in the form of an objective witness or paper trail—is the best way to demonstrate the truth of your claims. If you don’t have any evidence of this kind, be sure to outline the reasons you have for believing your information to be true. Simply because another person told you this was the case will not be enough. You’ll need to make a compelling enough case that leads even an impartial observer to draw the same conclusion.

See the issue from the other person’s perspective

In order to build that compelling case, it’s useful to ask yourself, “What would I need in order to accept this report as true if someone were presenting it to me?” Remember to factor in those aspects of your relationship that are making you hesitate in the first place. What will your supervisor need in order to see past mistrust or dislike of you? In addition, from that person’s level of the institution, how might matters look different from the way you see things? What impact might this information have on other areas of your supervisor’s concern? Based on what you know about the person, what type of information will he or she want: facts and figures, anecdotal evidence, a “smoking gun,” or something else?

Choose the time and place carefully

If you have reason to believe that the news you’re conveying will disturb or embarrass your supervisor, be sure to deliver it in private rather than in an open meeting. This principle is particularly important when you and the other person aren’t on the best of terms. You don’t want anyone to get even the impression that you’re trying to undermine your boss. Moreover, if it’s not particularly urgent that the person be informed immediately, your supervisor will probably be more receptive to the information if you make an appointment and have this discussion at his or her convenience. Simply stopping a person in the hallway and providing the bad news isn’t likely to be effective; in fact, it will almost certainly strain your relationship further. Your supervisor will probably suspect that you’re trying to cause a problem, and the focus will turn to you rather than to the message itself.

In addition, be sure to follow your institutional protocol to the letter. Don’t skip levels in the hierarchy. For instance, department chairs who leave their dean out of the loop and go directly to the provost or president may believe that they’re talking to the person who’s most likely to get something done, but this strategy is rife with problems. No one likes to be blindsided, and you’ll have created a situation in which that’s all but inevitable for your own boss. So, unless the bad news you have to convey is about your supervisor, always be sure to follow the chain of command and avoid jumping immediately to the upper levels of the administration.

Consider the results of not speaking

One final check on whether you’re proceeding appropriately is to ask yourself what’s likely to occur if you don’t convey the bad news. In some cases, the negative effects may be minimal. For instance, perhaps your supervisor is likely to learn this information very soon anyway. Perhaps the news, while unpleasant or embarrassing, doesn’t really have any serious repercussions. In such cases, you’re probably better off not causing unnecessary friction with your supervisor. But in other circumstances, you may feel that lasting damage to the institution may occur unless you tell your boss what’s going on so that a solution may be found quickly. If that’s the case, then use this fact as your source of comfort if your boss becomes angry at the news or takes his or her frustration out on you. The discomfort that you experience in the short term may be a small price to pay for avoiding more serious problems in the long term.

When you’re the recipient of bad news

Naturally, if you’re the administrator who’s on the receiving end of the bad news, you can’t guarantee that the other person is going to adhere to these rules. In that case, the responsibility will be yours to distinguish between the message and the messenger. Is it the information itself that’s troubling, or does it become so only because of the person who’s providing it? Might your reaction be completely different if you learned the same thing from your supervisor or a trusted colleague? Kim Cameron, the William Russell Professor of Management & Organizations at the University of Michigan, says that positive leaders approach their work with a “positive bias.” Cameron (2008) 2. In other words, their default position is to assume the best, not the worst, of other people. Resist the urge to conclude, “He’s just saying this to embarrass me” or “I bet she’s really enjoying this.” Instead, remember that you need to know everything that’s going on, both the good and the bad, in order to do your job effectively. Unless you have clear evidence to the contrary, initially assume that all bearers of unpleasant news are genuinely trying to help. If you do so, you’ll avoid shooting the messenger because you understand that someday you’re going to be that messenger yourself.