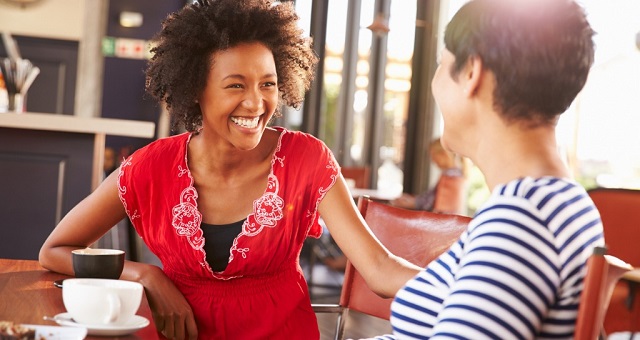 Mentoring is a common yet powerful way for people to learn a variety of personal and professional skills. Most adults can identify a person who, at some time in their lives, had a significant, positive influence on them. While some mentoring relationships are formal, with clear goals and regular meetings, most such arrangements are informal, arising spontaneously with friends, relatives, co-workers, or teachers.

At its core, mentoring consists of advice and guidance that a person with experience, skills, and knowledge (the mentor) provides to someone who may be less experienced, unfamiliar with how to approach certain professional situations, and in need of guidance (the protégé or “mentee”). Their interactions often consist of counseling, training, supporting, discussing, and/or instructing over time and in varying contexts. Informal mentoring occurs when a veteran in some field meets someone relatively new to the endeavor and they discover that they have a rapport that would make ongoing communication useful. Formal mentoring occurs when someone new to a profession is assigned to a person who is more experienced, as a way of learning local culture and effective practices.

The problem with many formal mentoring relationships is that they are artificial and often lack the natural growth of relationships that arise on their own. That is where speed mentoring can be beneficial: a method for pairing individuals modeled on speed dating and focused on time-efficient networking, a quick exchange of ideas, and a better match of mentor with mentee.

How it works
Speed mentoring works by setting up a meeting of a number of people who are interested in becoming mentors and a number of people who could benefit from the advice and guidance of these seasoned professionals. Then, rather than just having them mingle at random, potential mentors and potential mentees are assigned to one another in pairs. In order to avoid awkward silences, they may also be provided with a few suggested questions, just to get the conversation started. Then after a set period, usually five or 10 minutes, a signal is given and each potential mentee rotates to the next potential mentor.

Simply by knowing that they have only a limited time available, those involved in the process tend to focus on the most critical issues immediately. In addition, speed mentoring avoids those difficult situations where mentors are formally assigned and it quickly becomes apparent that the two individuals have little in common and practically no chance of developing a meaningful relationship.

One field where speed mentoring has an immediate application is higher education. According to Colvin and Ashman (2010), “Universities are increasingly seeking alternative approaches to education that supplement traditional classroom learning” (p. 121). Mentoring, and more specifically speed mentoring, can be used in programs from the administrative level to the classroom. For instance, it could be included as part of an orientation program for new department chairs, with more senior and established chairs offering their services to those new to the position.

In addition, it provides a good opportunity for institutions to keep valuable administrators who have recently retired actively involved with the college or university and applying their skills where they are needed most. For students, speed mentoring can help them find a better “fit” with someone who can provide professional advice, make contacts that could lead to internships or job offers, and relate concepts learned in courses to real-world situations.

By providing an organized process for participants to pursue a mentoring relationship during a rapid-paced event, speed mentoring also eliminates other problems that often arise in formal mentoring programs. It is both time and cost effective, more likely to lead to successful matches between individuals and even during the very first series of rapid interviews introduces people to how varied their options for advice and encouragement really are. Like speed dating, it promotes social interactions and can be fun, beneficial, and intellectually stimulating.

Also like speed dating, its effects can be life changing. It may lead to unexpected friendships, professional networks, and lasting relationships that would never otherwise have been possible. Moreover, younger protégés often meet people who were trailblazers in their fields, leaders who can be demanding but supportive, assist them with professional (and sometimes personal) problems, and offer them insights they cannot attain in any other way.

Nevertheless, speed mentoring, like anything done at great speed, only grazes the surface of the possibilities. It does not delve into the complex and detailed issues that sometimes create a barrier for personal progress. For this reason, it is important that one speed mentoring session progresses to a regular series of meetings where the two people solidify their relationship and continue to provide mutual benefits. Daloz (1999) notes that “as teachers, we have a lot to say about the conditions under which our students may find power, but we must remember that the power itself is theirs” (p. 182).

Mentees discover that their goals are being taken seriously and that their doubts, dilemmas, and conflicts arising in work and life have potential solutions or at least do not have to be faced alone. Mentors receive satisfaction from being able to use their experience for something extremely useful. They often become more invigorated by their contact with younger people who need the benefits of their insights in order to succeed. In other words, it is not only the mentee who comes away from these sessions with valuable resources and support.

“Being able to support students, reapplying concepts in their own lives and developing connections themselves” (p. 127) are three main themes that mentors expressed in a study conducted by Colvin and Ashman (2010). For all these reasons, the office organizing speed mentoring should not assume that its responsibilities are over once the initial “match meeting” has concluded. It will be necessary to follow up with everyone involved, inquiring how matters are progressing and whether continued contact is actually taking place. Speed mentoring should be seen as a stepping-stone into a more extended process. Again like speed dating, speed mentoring is not the relationship itself but, rather, the process that makes the ongoing relationship possible.

Finally, speed mentoring can become part of an institution’s retention strategy, both for students and employees alike. It helps bring new members more fully “into the family” and gives them an important contact whenever they have questions and do not know where to turn. Students are more likely to persist at an institution where they gain a sense that someone sincerely cares about them and with whom they can solve minor problems before the problems grow into major disasters. Employees can be cautioned against making the sort of mistakes that are all too common when someone is new to an institution and does not yet fully understand local policies and traditions. Moreover, it helps people who are serving as chair or dean for the first time to “hit the ground running” and tap into the wealth of experience that a suitable mentor can provide.

Administrators and faculty members can experiment with speed mentoring at very low cost and only a small commitment of their own time. It is a process that makes a great deal of sense in times of continued limitations to academic budgets and environments where there is concern about rates of student and employee attrition. Most important, speed mentoring simply works better than traditional approaches to matching a mentor with a mentee. For academic leaders who are constantly challenged with the need to do more with less, it is an initiative for which the benefits far outweigh the limited cost.