Promoting an Innovative Culture within a Department 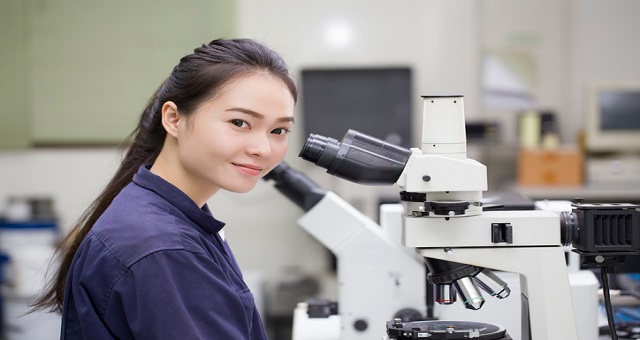 When Pedro Arce became chair of the department of chemical engineering at Tennessee Technological University in 2003, enrollments were down, the curriculum and teaching methods were outdated, and employer demand for the department’s graduates was not very strong. Arce recognized the department’s potential as well as the cultural issues that impeded innovation and has been able to lead the department’s transformation.

He immediately consulted with the two faculty members whom he considered energetic and active to design a system that would help move the department forward. The system divided the department into functions (e.g., undergraduate program, graduate program, ABET (accreditation), and undergraduate advisement). Arce assigned a coordinator to each function to lead improvement efforts and gave them the freedom to develop their ideas.

The goal was to generate ideas for initiatives that could improve the department. These innovations might include new programs, changes to the curriculum, new teaching methods, etc. There was just one catch—there wouldn’t be funding for them, at least initially. Funding would come once a pilot project succeeded.

One of the guiding principles for generating new ideas is to create exciting opportunities for students that align with faculty members’ own professional goals.

Arce suggested coming up with a new concentration and offered four possibilities. “I said, ‘I don’t think we can pursue all of them, but maybe you can find out what would be the most impactful of those and do a study of it and make sure that we could implement it. And remember, we don’t have money to do it,’” Arce says.

The faculty talked to colleagues across the country and decided to focus on creating a concentration in biomolecular engineering. This was to be a low-stakes pilot that would rely on existing expertise within the department to offer students education in an important area of engineering that had not previously been available at the university. Arce proposed the concentration to the administration with the understanding that the department would be able to add faculty and staff if it met certain benchmarks.

Once the department offered the concentration, its popularity soon became apparent, and it has helped increase undergraduate enrollment in the department from 150 to 2008 to more than 300 in 2013. Of those 300 students, one-third were enrolled in the new concentration. The initiative was also very helpful in addressing diversity in student enrollment since it attracted numerous qualified female students. A direct outcome is that the department now graduates the largest number of female engineers within the university.

The biomolecular engineering concentration is one example of a successful outcome that comes from a deliberate process to generate and vet innovative ideas. Arce refers to this approach as the Renaissance Foundry. It’s built on the premise that when a department faces a challenge, it’s important to become knowledgeable about the challenge, an analysis of similar cases at other institutions, an understanding of the needed resources to address the challenge effectively, and then the development of an innovation.

Each academic year, the coordinators submit a plan for innovations that their teams will pursue. “We review them and make revisions, and each coordinator has the freedom to implement the plan. I tell them, ‘Be careful what you promise. If you don’t implement something, that’s more damaging than implementing something and failing,” Arce says.

Arce says that the culture he has promoted within the department has been a strong motivator for faculty involvement in development of the biomolecular engineering concentration and other initiatives.

He takes a transformational rather than transactional approach to leadership, providing the right conditions for faculty to lead innovation from the bottom up rather than dictating everything going on in the department. It’s an important distinction to make, and, unfortunately, too many department chairs engage in transactional leadership, he says. Arce points out that he uses a “cabinet-style” leadership and managerial approach where “faculty ownership” is a key aspect.

Part of being a transformational leader is giving credit for effort and success rather than punishment. Offering faculty credit creates a sense of ownership, which can be a strong motivator. “You need to give them ownership and then make sure you don’t micromanage them,” Arce says. “Success of the program has to be couched in the success of their success. They know I’m not going to make any decisions before talking with the coordinators. Everybody participates, and everybody gets credit.”

Arce suggests a few points of advice for chairs wishing to engage their department in an innovation-driven culture.

Reprinted from “Promoting an Innovative Culture within a Department,” Academic Leader, 30,9 (2014): 3,5. © Magna Publications. All rights reserved.