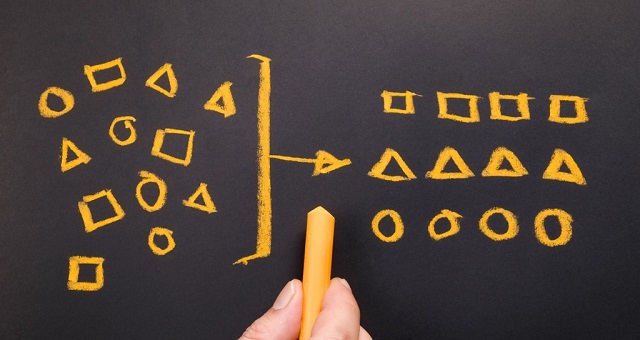 Since 2013, economists and financial strategists have insisted that higher education must reduce its costs. In fact, the Moody’s perception of mounting fiscal pressure on all key university revenue sources led to the 2013 downgrade of the credit rating for the entire sector (Moody’s, 2013). But even before the 2008-09 economic crash, the Berea College administration realized that its budget was not fully sustainable in the long term. In 2008, almost 80 percent of Berea’s budget came from its endowment, which by March 2009 dropped from more than $1 billion to less than $700 million.

Berea College has a very different enrollment model, grounded in affordability and access. For example, Berea College accepts only low-income students who are unable to pay the cost of a high-quality liberal arts education and excludes students from families who can pay. As one of seven federally designated Work Colleges, all Berea students work 10 hours per week in 120 areas across campus, from website development to groundskeeping. For every admitted student, the college covers the cost of tuition and adheres to a financial package based on the Expected Family Contribution (EFC), offering loans only if a student’s family cannot pay the EFC.

Berea College is the poster-child institution for endowment-driven education. It exclusively serves low-income students of high academic promise. Its highly diverse pool of 1,600-plus undergraduate students come from 40 states and 60 countries. Almost all of its domestic students are Pell eligible, hailing from households where the average income for a family of four is $27,000. One in three of our students is a student of color (Berea, 2014).

All institutions have vulnerabilities. The drastic stock market fall experienced in 2008-09 revealed Berea’s true Achilles’ heel: it could not change its mission, increase fees, or start charging tuition. It faced a real problem: how to maintain its mission with fewer resources. An early retirement plan resulted in 42 retirements, and ultimately its budget was cut by about 16 percent from a variety of sources. Today, its operating budget is still slightly less than it was in 2008.

Objectives of the academic restructuring

Early on, academic restructuring at Berea was designed to save money by restructuring 30-odd academic departments into six to nine academic divisions. As faculty continued to explore academic structure, however, there were more compelling reasons to explore a new academic structure rather than cost savings alone.  Because the world’s problems do not all come bounded by discipline, for example, some hoped to increase collaboration and foster more interdisciplinarity and even deepen student learning. As we progressed with our restructuring, the goal of realizing budgetary savings diminished in importance.

Our primary restructuring goals were:

An 11-member scenario-planning task force was appointed in spring 2009. The task force surveyed the higher-ed landscape, reviewed other colleges for possible models, solicited ideas from the campus community, and shared all generated ideas with the campus community. In September 2009, it produced three restructuring scenarios, with academic restructuring being a part of each scenario. The three scenarios were merged into a hybrid enhancement scenario called “Engaged and Transformative Learning,” passed by the faculty in December 2009 and by the board of trustees in February 2010.

Yet another group was charged with reviewing the work from summer 2010 and identifying core principles from the seven designs in order to synthesize these ideas into a smaller set of proposed structures to present to the faculty. Several of these seven plans called for a “bottom up” process in the formation of the new divisions. At this point, mathematician and computer scientist Jan Pearce recognized that the primary goal of increasing interdisciplinarity was most likely to be realized if the departments were clustered systematically based on the objective of increasing collaboration and interdisciplinarity. Hence, as part of her work with this synthesis group, she created a set of faculty surveys to discover which departments were most likely to collaborate. She then used the results of these surveys to design an innovative metric incorporated into a novel type of cluster analysis that grouped departments into proposed divisions based on likelihood of collaboration. In addition to this design, the group produced two other designs: one created by a subcommittee and the other created by the dean of the faculty at the time, Stephanie Browner.

Next, the entire faculty participated in an off-campus retreat to meet in each of these newly proposed structures in a type of “divisional speed dating.” Following the retreat, two departments requested another survey and cluster analysis because they were unhappy with the proposed structures.

The faculty retreat and an 83 percent response rate to the second survey produced even more clarity, so the results of this new set of cluster analyses were quite compelling: Four different methodologies produced clusters that were nearly identical. Cluster analyses were run with each person having equal voice and each department having equal voice; the analyses used both averaging and Ward statistical maximization techniques. No cluster differences emerged from using Ward versus averaging grouping techniques. One cluster difference emerged between weighting respondents equally versus weighting programs equally; in this case, one department jumped from one cluster to another. The dean discussed the options with that department, and Berea’s divisional groupings were identified.

Our methodology is certainly not without its trade-offs; some faculty likely chose collaborators based on current constituencies rather than envisioning future possibilities. Hence, some of the groupings may reflect personality rather than promise. They may also seem somewhat arbitrary to an outsider.

Perhaps the largest challenge in implementation has been opposition to change. Some people resist change. Others perceive the restructuring outcomes as preordained, even though the resultant structure was based directly on the input from the faculty.

The insertion of an additional bureaucratic layer is also a complaint. The role of the department chair is perceived as being diminished from its earlier stature. Some departments have historically functioned with minimum oversight and little interaction with other departments and have found the new structures to be a challenging cultural shift. Due perhaps to additional assessment unrelated to restructuring, a perception of increased workload has been attributed to restructuring.

The division council has become a place where the elected division chairs meet weekly with the academic vice president and dean of the faculty, Chad Berry, providing structure for division chairs to advocate for the needs of the respective divisions. In addition, we have seen increased conflict resolution as division chairs work to resolve long-simmering conflicts.

One interesting challenge has been developing divisional identities among academic departments that did not necessarily have any real history together. It has been important to forge divisional identities that complement, rather than supersede, disciplinary identities. Thus, the nascent development of divisional identities forged through intentional team-building efforts, along with self-studies that facilitate vision and assess both strengths and challenges, should be seen as successes.

The formal creation of mentoring teams for faculty, consisting of three to four faculty including the division chair, the program chair, and other tenured members primarily from within the division, has also contributed to this process of developing divisional identities. The members of the mentoring team meet several times a year with newer faculty members, visit classes, interview students, review student assessment, and provide feedback, serving to mitigate problems with poor mentoring.

Any university wishing to thrive must continue to evolve. But make no mistake—there is a difference between relentlessly creating new initiatives and fostering ongoing transformation. … Sustaining transformation does not mean doing the same thing over and over, but neither does it refer to change for the sake of change. Because newness creates excitement and often media coverage, it is easy for institutions to become almost addicted to change—a very different experience from being committed to transformation. (Johansson and Felten, 2014)

On balance, we believe this restructuring has been worthwhile, even though no structure is ideal. Transformation is often heralded by significant events, but usually only in retrospect. In its midst, transformation may look like chaos and uncertainty as changes take place in small increments, one decision at a time. We advise others who embark on a similar journey to be patient, because there will be moments—many of them—in which what is happening looks messy or even misguided rather than inspired or promising. Those involved need to know that as long as they are guided by a core sense of self and mission and are open to what emerges, the successful journey through disruptive events and seemingly chaotic times eventually shows itself to be a critical transformation.