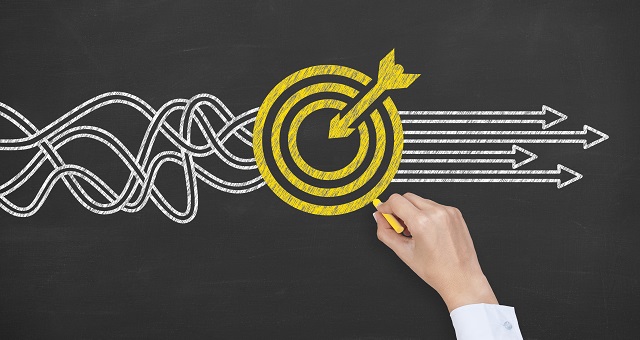 For a long time, scholarly debate has differed on whether leaders can be developed or leadership traits are inherent. Are leaders born to lead? Or do leaders develop into leaders through their conscious efforts and focused training? The research findings remain mixed enough to suggest that neither proposition is sufficient to explain successful leadership in academic organizations.

One of the biggest problems with the general applicability of current leadership theories and successful practices has been that leaders applying their successful behaviors, traits, and dispositions in one academic community do not replicate that same success in another academic position or even in a different time period in the same institution. This strongly suggests that other factors—such as organizational setting, organizational history, informal leaders, the nature of problems to be addressed, institutional readiness for change, and the style and success of previous leaders, especially the preceding leader—are equally or more decisive for leadership success.

While not all factors leading to success, failure, or unsustainable success are possible to fully identify and measure, any academic leader, either coming into an organization from the outside or moving up within the organization, must do a comprehensive assessment both of the organization and oneself. That assessment needs to begin with identifying leadership traits that one has. It also means honestly assessing those identified by one’s peers. It further means a data-informed assessment of whether a leader’s past successes will translate well into the new challenges of change and continuity desired by the peers and followers she or he is to serve in the new setting.

No leadership style or behavior will compensate for or overcome a lack of adequate review and appreciation of these two assessments—how well the leader’s talents and the leadership situation fit what she or he is called to make a positive difference in. A significant lack of quality of fit from the two review processes means that a potential new leader must quickly adapt and change or should not take the position.

If one believes, on the evidence after review, that a leadership fit exists, then the really hard work begins. No leadership style or set of traits will lead to success without an early openness to listening, in the early weeks of the new position, to all the voices of those to be led; ideally, this will start even before beginning the new position. Leadership is always about followers and the mission and history of an organization. Unless one begins one’s leadership position as a listener, irreparable mistakes in leadership direction are likely inevitable. Special listening and outreach to established and well-known informal leaders in the academic area one is to lead are particularly critical to leadership success.

Although a new leader is always expected to make decisions about organizational change and direction, one must never forget the importance of honoring the continuities also expected of the new leader. Many of those continuities have to do with historical, memorable moments in the organization and its historical community’s shared view of its mission. Actions that do not respect those continuities deeply believed in by that community will undermine one’s long-term leadership success. They will cause serious resistance to even valuable changes.

No organization forgets its institutional memory and its preferred community beliefs. Only with skill and time can a new leader create a positive and compelling environment for change that respects previous institutional successes while simultaneously positioning the academic unit for success in its ever-changing environment and competitive market position.

John Gardner’s book Changing Minds addresses communicating change in a way most likely to be successful. The forces of resistance to change are real and powerful in all organizations, no matter what any publicly stated desire for change within the organization seems to suggest. Key to any successful academic change is the idea of redescribing representation. A leader must change how those to be led perceive the situation.

One must create language that keys into reconstructing the representations of reality held by those to be led. Effective communication and storytelling must convince them of a new perception of reality. Generally this involves, as Gardner points out, the need to apply multiple and convincing arguments using research, reason, and representation, with special attention given to their likely resonance with the audience in favor of desired changes one will pursue as leader. If communication cannot change in many ways the representations of reality people already hold, then forces of resistance will weaken or destroy any leadership initiative.

One aspect of effective leadership rarely studied and applied to leader-follower relationships is the wisdom of the Tao Te Ching. This Chinese tradition tells us that most effective leadership is evidenced when followers say of positive change that “we did it ourselves.” This means most effective changes in the organizational culture and belief system are not tied to the specific leader who initiated the change process conversation or implemented the change. This makes them very sustainable under a following leader or series of leaders.

Another important insight of the Taoist tradition is that change cannot come ahead of its time. Using recent events of a compelling nature, as intimated by Gardner’s work on change, will create sustainable and successful change more so than any leader’s efforts to invent, create, or lobby for changes.

Finally, Taoist leadership advice focuses strongly on careful attention to the end of a change process as opposed to only its initiation. This reflects the wisdom and reality that all changes are contrary to human tendencies of continuity in action and belief systems and also the findings of cognitive dissonance theory and studies, which show that people do not easily accept data contrary to their past decisions. Also, numerous political and business studies of change processes confirm that the final implementation of the change, not the good intentions or promises of the leader who initiated the change process, affects people’s future beliefs and behaviors.

Effective and sustainable leadership is easier to see in retrospect than in prospect. Leadership involves successfully interpreting followers’ desires and making them happen. It means adjusting to the realities of organizational culture, history, and resources in a competitive environment. It is characterized by getting important things done on a timely basis. It advocates for and organizes institutional resources and messages for change that are both sustainable and in the long-term interests of the academic unit or organization.