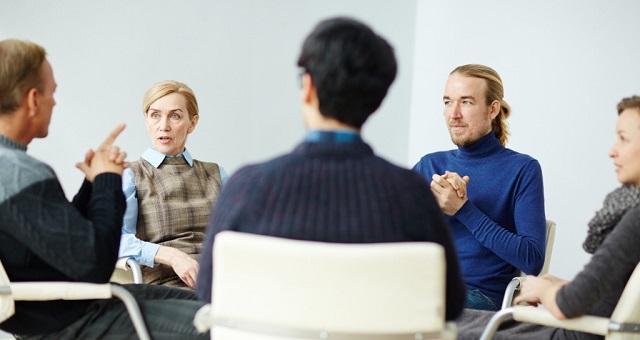 With the spate of books and articles that deal with the issue of incivility in higher education, it’s easy to conclude that destructive disharmony is the single biggest problem facing colleges and universities today. To be sure, lack of collegiality has become a significant challenge, and nearly every academic leader can recall at least one department or college that became increasingly dysfunctional because of its inability to work together in a mutually supportive manner. But the great deal of attention we pay to the challenges of incivility can cause us to underestimate the dangers of an opposing threat that also exists in many academic units: groupthink.

Groupthink occurs when superficial concord and agreement are prized even more than is candor. At times, members of the faculty, staff, or administration censor themselves in public settings out of a desire to fit it. After all, it can be extremely uncomfortable to be the only person in the room advocating a specific point of view, especially if you’re untenured or serving at the pleasure of the president or provost. Conformity of opinion also develops when people rush to end a discussion in order to tend to seemingly more-pressing duties, don’t feel invested in the issue under consideration, or believe that their views won’t be considered seriously even if they offer them. Groupthink can emerge at any level of a college or university—from the most routine subcommittee to the most senior advisory council of the president or chancellor. What, then, can an academic leader do to avoid this problem … without lapsing into the destructive uncollegiality that groupthink often masks?

People who are in charge of a committee or academic unit can unintentionally encourage groupthink by acting in such a way that causes them to be seen as advocates for a specific approach rather than as impartial arbiters of all possible approaches. Once an academic leader is viewed as promoting a given approach, others (particularly those who believe that their tenure or continued livelihood depends on this administrator) may be less likely to propose alternative solutions. They may feel threatened or believe that further discussion is pointless, since the person in charge seems to have already made up his or her mind. You can prevent this situation from happening by developing a culture in your unit where alternative opinions are always explored before decisions are made. Assign yourself the role of devil’s advocate and refrain from exploring one idea without offering a clear alternative in as objective a manner as possible. Provide positive reinforcement to those who challenge your views, and be willing to accept criticism graciously. Naturally, you don’t want to prolong discussions just for the sake of a good debate, but try not to allow the group to lapse into consensus too hastily either.

Regardless of the efforts you make to encourage free-flowing and nonthreatening discussion of issues, there will always be those who don’t feel comfortable objecting to the ideas of others in public, even though they may have many important perspectives to share. To take full advantage of everyone’s insight, it can be useful to provide a venue where people can state their views anonymously. Many course management systems, such as Blackboard, permit users to post comments anonymously on discussion boards. You can create a “course” in these systems that consists of members of a department, committee, or even the entire faculty and staff, thus allowing ideas and counterproposals to be shared in a manner that helps people prepare for the meeting itself. If agendas are posted in advance, discussion of possible ideas and solutions can make the time the group spends together even more productive. If you’re chairing the meeting, begin by presenting all the suggestions from the discussion board in an unbiased manner, and then facilitate a discussion of these ideas. Encourage those who seem more diffident, and rein in those who try to “steamroll” their opponents. Insist that the issues themselves, not the personalities of the people who are in favor of them, be addressed.

Perhaps the most effective way of avoiding groupthink is to prevent the group itself from coalescing, at least initially. Particularly when the issue under consideration is significant or controversial, it can be helpful to break the entire body into several subgroups, each of which is charged with making independent recommendations. Then, when the entire group reassembles, it will be much more difficult for perspectives to become frozen in a premature homogeneity. Since different ideas are suggested by different subgroups, no one need feel intimidated simply because he or she is alone in supporting a given position. Moreover, since members of the group have already explored a number of options in their subgroups, they’re less likely to settle on the first plausible approach that is mentioned (or the one that’s promoted by the most strident voice). Use of breakout groups allows for a level of “prediscussion” that almost always enriches the quality of the entire committee’s discussion.

Include outsiders whenever possible

Another means of introducing new ideas into the group is to include new members from time to time. A representative of another department or committee will frequently bring different perspectives to the table, since he or she works in an area where the personalities, politics, and academic methods are different. The presence of outsiders can be important, because we’re sometimes so close to our own problems that we’re unable to see them in any way we haven’t already considered. Inviting an outsider to attend a meeting and giving that person full encouragement to participate in the discussion (though not, in most cases, in the vote) can instantly lead to richer dialogue. One important proviso, however, is that the outsiders who are invited to the meetings should not always be the same outsiders, otherwise in time they’ll stop thinking of themselves as true outsiders and begin to adopt the perspectives of the original group.

Finally, since avoiding groupthink necessarily involves preventing consensus from emerging too soon, it’s necessary to reestablish consensus after a decision has been made. Once final agreement has been reached or the vote has been taken, reinforcing the collegiality of the working relationship becomes extremely important. Each member of the group can be asked to name the three greatest advantages that will result from the approach being taken, outline his or her preferred role in making the strategy successful, or describe how best to promote the idea to someone who might remain skeptical about it. All these approaches help members of the group move from spotting possible flaws in the plan to seeing themselves as supporters of a group decision. The result is that people will be less likely to undermine the result after the meeting or to lapse into incivility because their suggestions were not taken.